“Following the NLRB’s decision... it will be difficult for companies to use temporary workers without being considered joint employers with the staffing agencies.”

“As a result of this decision, many employers are concerned about the possibility that temporary workers will attempt to unionize, creating additional expense and challenges for both the temporary staffing agency and the client company.”

The contingent workforce in the United States has grown significantly; as of August 2014, 2.87 million temporary workers made up nearly 2 percent of the United States’ workforce. To keep pace with the dramatic increase in contingent work, the National Labor Relations Board (“NLRB”) expanded the jointemployment standard under the National Labor Relations Act (“NLRA”).

Following the NLRB’s decision in Browning-Ferris Industries of California, Inc., d/b/a BFI Newby Island Recyclery, Case No. 32-RC-109684, it will be difficult for companies to use temporary workers without being considered joint employers with the staffing agencies. Under the new standard, the right to control—even if never exercised—is sufficient to establish a joint-employment relationship.

In the Browning-Ferris case, the client company took precautions to maintain separateness from the temporary workers. The client service agreement required the staffing agency to provide onsite supervisors and HR support. The agreement also stated that the staffing agency was the sole employer and that nothing in the agreement could be construed as creating an employment relationship between the client and the temporary workers.

Despite these efforts to maintain separateness, the NLRB found a joint-employer relationship. In reaching its decision, the NLRB pointed to the following factors: 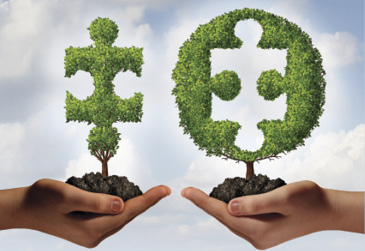 After analyzing the above factors, the NLRB applied its new rule that two or more entities are joint employers if they share or codetermine the matters governing the essential terms and conditions of employment. The NLRB no longer requires that this control be direct or immediate; instead, the board will consider whether the entity that uses temporary workers has control over the employees’ work and terms of employment—even if that control is indirect and never exercised.

As a result of this decision, many employers are concerned about the possibility that temporary workers will attempt to unionize, creating additional expense and challenges for temporary staffing agencies and their clients. In spite of this change, however, temporary staffing agencies will likely remain a good business model for many companies. The NLRB’s decision does not reduce the advantages of outsourcing human resource responsibilities, lowering unemployment and workers compensation expenses, and externalizing tax withholding and other costs associated with a traditional employment relationship.

Contact Gillian Lindsay, (312)696.1365, or gglindsay@golanchristie.com to discuss how the Joint-Employer Standard relates to your business.