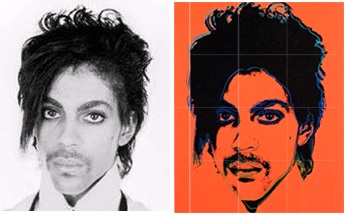 In 1981 the well-known photographer, Lynn Goldsmith, took a series of photographs of the pop star, Prince. Goldsmith interpreted the photographs as describing a vulnerable and uncomfortable person. In 1987, Vanity Fair magazine commissioned Andy Warhol to create illustrations from the Goldsmith photos for their article titled “Purple Fame”. Warhol created “The Prince Series” consisting of 19 paintings of Prince, some of which used an orange wash of color.

After Prince died, Vanity Fair again published copies of the Warhol works. Goldsmith says that that’s when she learned about the "Prince Series" for the first time. Goldsmith sued the Warhol Foundation, the owner of the works, for copyright infringement. A New York District court entered summary judgment for the Foundation on the basis of fair use. The court described the Warhol paintings as having removed the protectable elements of the photographs to turn Prince into an iconic, larger than life figure.

WHY YOU SHOULD KNOW THIS. The court used the transformative nature of Warhol’s orange take on the Purple One to find fair use. Although, in this case it might take an art critic’s eye to see the court’s argument.