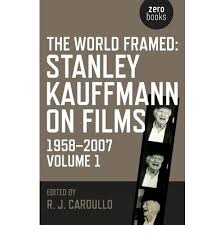 After Kauffmann passed away, the Rochester Institute of Technology published an anthology of Kauffmann’s reviews edited by Robert J. “Bert” Cardullo. Kauffmann’s estate sued the Institute for copyright infringement. The Institute argued that Kauffmann’s estate didn’t own the copyrights. The district court entered summary judgment for the Institute. The Second Circuit Court of Appeals reversed and remanded the case for further hearing. The Court held that the 2004 letter agreement was not an enforceable “work for hire” agreement. A valid “work for hire” agreement has to be executed before the work is created. The 2004 letter was signed long after the works were created. And there were no other facts that showed the parties’ intent at the time that the magazine published the works.

In an interesting side note, it turns out that Cardullo had misrepresented to the Institute that Kauffmann’s estate granted him permission to publish the anthology. The court described Cardullo as “a serial plagiarist of writings by Kauffmann and others” who “went so far as to forge a letter purporting to be from counsel for the Estate”. Cardullo admitted everything to the attorneys in the case. He was named and remains a third-party defendant in the case.

WHY YOU SHOULD KNOW THIS. In the law (as in grammar), there are always exceptions to the rule. Ownership of the copyright in a work belongs to the author. The exceptions are when the creator of the work is an employee or the creator signs a “work for hire” agreement before the work is created. Sometimes a tardy “work for hire” agreement can be enforceable. Here’s an example. The widow of a deceased artist was sued by Playboy Enterprises over ownership of her late husband’s artwork. Playboy alleged that it owned the paintings as “work for hire”. The widow argued that she owned the works because there was no written agreement. Playboy won. Playboy proved that it ordered the paintings for the magazine and that all of the checks cashed by the artist had a legend above the endorsement stating that the artist “assigned all right, title and interest” in the works. But, don’t rely on a Playboy type of scenario. When hiring someone to create a copyrightable work, always sign a “work for hire” agreement at the beginning.