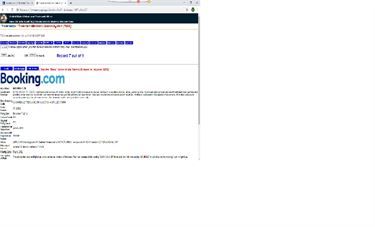 On June 30, 2020, the Supreme Court of the U.S. ended the long battle between Booking.com and the United States Patent and Trademark Office (USPTO).

Booking.com is a popular website that allows customers to book anything travel related online. Booking.com’s Netherland based operator tried to register several different versions of the trademark in the U.S. The USPTO rejected the applications. The USPTO determined that the trademarks were generic. A generic name isn’t eligible for trademark registration because it’s the name of the class of goods and services rather than a source or product identifier.

The Supreme Court held that Booking.com was not generic. Justice Ruth Bader Ginsburg wrote the opinion for the majority. Justice Ginsburg described the mark as a compound of two generic terms, “booking” and “.com”. Then Justice Ginsburg viewed the mark from the consumer’s point of view. If the consumer doesn’t see the compound word as generic, then it isn’t. Apparently, Booking.com’s owner was able to show that consumers didn’t think that Booking.com was a basic way to describe other travel related websites like Travelocity. The USPTO tried to argue that two generic words create a generic compound word. But the opinion pointed out that even the USPTO doesn’t follow that rule.

One of the USPTO’s most interesting arguments was that allowing protection for Booking.com would give the mark owner undue control over similar terms. Justice Ginsburg believed the danger of this was overblown because the usual limitations of a likelihood of confusion would still apply.

WHY YOU SHOULD KNOW THIS. It all comes down to how to choose a trademark. Fanciful, arbitrary and suggestive marks are more protectable. Some descriptive terms are capable of being registered if they bring something more to the table like being used long enough for consumers to connect the descriptive mark with the owner’s goods and services. But merely descriptive terms are not capable of being registered. And generic terms aren’t protectable at all. They’re just what you call the goods or services, like “soap” for “soap”.  The wrinkle in this case was that two generic terms were “mashed up” to create a registerable trademark. But care should be taken when trying to duplicate Booking.com’s success.