A Better Way to Make and Bake a Data Center 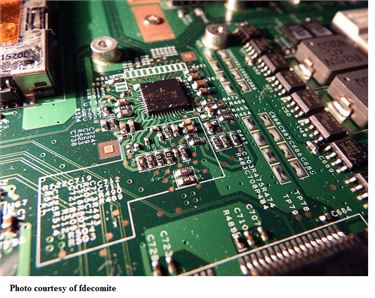 A better way to build a data center can be protected as a trade secret. BladeRoom developed a technique that allowed it to build data centers. BladeRoom’s system used prefabricated subassemblies that continued systems for air management, fire detection, security and lighting. Under a non-disclosure agreement, BladeRoom disclosed the system to Emerson Electric Co. and Facebook who were about to build a huge data center in Sweden. Emerson and Facebook took a pass on retaining BladeRoom. According to BladeRoom, Emerson and Facebook went ahead and built the data facility using BladeRoom’s system. BladeRoom sued for trade secret misappropriation. Facebook settled but Emerson went to trial and lost. Determining the misappropriation was a substantial factor in causing financial harm to BladeRoom, the jury awarded BladeRoom $10 million in lost profits and $20 million due to Emerson’s “unjust enrichment.” Emerson vows to appeal the verdict.

WHY YOU SHOULD KNOW THIS. Massive data centers are becoming a huge industry (pun intended). Anyone who can find a way to build them faster has major market potential. BladeRoom did the right things in having Emerson and Facebook sign non-disclosure agreements. They must have also identified their trade secrets and taken reasonable measures to keep them secret. Although it took four years of expensive litigation, BladeRoom got a big payoff.