A Lot of Mine and Some of Yours 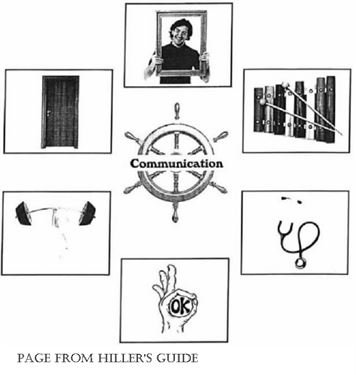 In Brief:  A work can be copyrighted even if it incorporates portions of someone else’s work.

Hiller decided to create its own training materials. It hired an independent contractor who conducted a series of workshops and researched Hiller’s business. The end product was an HVAC technicians Guide. The Guide had original illustrations, its own content and its own arrangement of the information. Small portions of the Guide incorporated information that had been contained the Success Group training manuals. The independent contractor assigned the copyright in the Guide to Hiller.

About a month later, Success Group conduced a class called “Service Essentials” using a workbook presumably created and licensed by Clockwork. The workbook looked a lot like the Guide.

Success Group/Clockwork argued that the Guide lacked originality and couldn’t be copyrighted. To be copyrighted, the work has to be original to the author. The bar for copyright originality is pretty low. It means that the work has to be created by the author and has at least some minimal degree of creativity. The Sixth Circuit had no problem affirming that the Guide met the minimal requirements of creativity.

But, the Guide had incorporated some of the Success Group/Clockwork training manuals. So Success Group/Clockwork argued that Hiller’s copyright in the whole work should be invalided. The Sixth Circuit rejected the argument and held that a work can contain the works of others and still be copyrighted. As long as the incorporation of other works isn’t “pervasive”, the copyright in the original portions of the Guide is valid.

Why You Should Know This: Incorporating the works of others into an original work of authorship is tricky. Proceed with caution. There is no bright line about how much of an original work can be used before it would be considered pervasive. Perhaps one of the saving graces of the Guide is that training could have limited means of expression. When there’s only one or a limited number of ways to express an idea, the expression is said to merge with the idea and it can’t be protected by copyright.