A Sword and a Shield for Your Trade Secrets 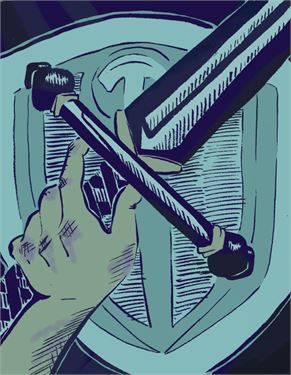 President Obama signed the Defend Trade Secrets Act (“DTSA”) into law on May 11, 2016. It was a long time coming but we’re glad it’s here.

The DTSA amends the Economic Espionage Act of 1996 to create a federal private cause of action for trade secret misappropriation. Some of the significant provisions are: (1) you can bring an action in federal court; (2) state law causes of action are preserved; (3) immunity for whistle blowers who disclose trade secrets in reporting a suspected violation of the law; (4) limits on injunctive relief if it will interfere with person’s ability to enter into an employment relationship; and (5) the ability to obtain a seizure order without notice in extraordinary circumstances.

WHY YOU SHOULD KNOW THIS. Trade secrets have always been a bit of a stepchild in the IP arena. The 3 other major types of IP, patents, copyrights and federally protected trademarks, are governed by federal statutes. Trade secrets have now stepped into the realm of federally protected IP. The DTSA hasn’t changed the basics. Protection for trade secrets still requires proper identification and reasonable measures to prevent disclosure. However, the DTSA has some twists and turns that need to be properly navigated. For instance, employers have to give employees notice of the whistle blower immunity. And an employer can’t prohibit a former employee’s new employment just because the employee has knowledge that would inevitably result in the use of trade secrets (known as the “Inevitable Disclosure Doctrine”).