A Thicket of Patents is Not Antitrust 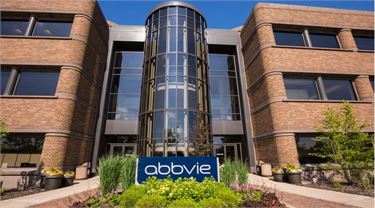 In Brief:  Holding a lot of patents that extend the life of an original patent isn’t’ a monopoly.

AbbVie Inc. holds the patent on one of the world’s bestselling drugs, Humira. Humira is on the World Health Organization’s list of essential medicines. The drug is used to treat rheumatoid arthritis, psoriatic arthritis, Crohn's disease, ulcerative colitis, plaque psoriasis, and juvenile idiopathic arthritis, to name a few. The basic patent for Humira expired in 2016. But AbbVie obtained 132 additional patents related to it for details such as the manufacturing or administering drug. The last of these will expire in 2034.

A group of welfare-benefit plans, led by the City of Baltimore, Maryland, that pay for Humira on behalf of their beneficiaries brought a class action suit against AbbVie. The plaintiffs alleged that 132 patents is just too many for anyone to hold and that by establishing a “patent thicket”, AbbVie is violating antitrust laws. The case was dismissed and the plaintiffs appealed.

The Seventh Circuit Court of Appeals first noted the legal theories that the parties could have used but didn’t. For example, AbbVie could have argued that the plaintiffs are indirect purchasers and so couldn’t bring suit. The plaintiffs could have alleged that AbbVie committed a fraud on the Patent Office that would require invalidation of any of the patents.

Then the Seventh Circuit asked the salient questions: “What’s wrong with having lots of patents? If AbbVie made 132 inventions, why can’t it hold 132 patents?” Plaintiffs didn’t allege that any of the patents were invalid. But they wouldn’t have had standing because that argument is limited to competitors who are trying to enter into the market.

The plaintiffs argued that the patents were too weak to be enforceable. The Seventh Circuit stated, “This argument leaves us cold. Weak patents are valid; to say they are weak is to say that their scope is limited, not that they are illegitimate.”

The Seventh Circuit also agreed with the district court judge that AbbVie’s settlements with biosimilar companies, which delayed their market entry in the US but permitted earlier entry in Europe, were not illegal ‘pay-for-delay’ agreements. According to the plaintiffs, AbbVie gifted biosimilar manufacturers more than four years of profits in Europe, in exchange for their agreement not to enter the US market until 2034. The Seventh Circuit was unpersuaded, viewing the US and EU settlements as “traditional resolutions of patent litigation”.

The Seventh Circuit affirmed the dismissal of the complaint.

Why You Should Know This:  This is a win, not only for AbbVie, but for other companies with large patent portfolios that give them an edge in the market beyond the life of an original patent. In this case, the district judge acknowledged that could be a problem. But suggested the remedy was legislation and Federal Drug Administration oversight to make sure that “essential” drugs become readily available.