A Thriller Judgment Against the Tax Man 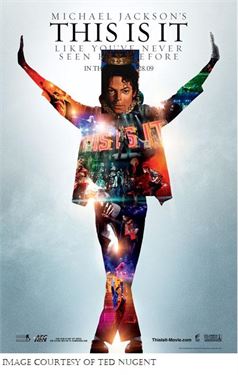 In Brief:  In a recent decision, the Tax Court determined the value of Michael Jackson’s image at the time he died.

The Right of Publicity gives everyone the right to use their image and persona the way they want. The images of some people are worth more than the images of other people. Sometimes the worth of an image can be the subject of a bitter dispute such as in the case of the Michael Jackson estate and the IRS.

Michael Jackson, the singer, songwriter and dancer known as the “King of Pop”, had a four-decade career of churning out hit after hit. He sold over 350 million records worldwide. His troubled personal life was great fodder for tabloids. Accusations of child sexual abuse surfaced. Even though he was acquitted of charges that went to trial, he couldn’t escape his tarnished reputation. His financial life wasn’t as simple as ABC. In 2006, Michael owed over $270 million to Bank of America. He used a piece of his music catalogue worth about $1 billion to secure the loan. The loans were sold to an investment company that buys distressed loans. Michael’s financial woes got so bad that he closed his home, “Neverland Ranch”, and lived in Bahrain for a time as a guest of Sheik Abdullah, the ruler’s son. Eventually, the investment firm threatened to foreclose on Neverland Ranch. So Michael sold off memorabilia for about $300 million to pay the loan.

Then the IRS came knocking for estate taxes and wouldn’t stop until it had enough.

The IRS valued Michael’s image at $161 million. Michael’s estate valued his image at $2,105. The huge difference was based on the estate’s position that, at his death, the accusations of sexually abusing children made it unlikely that he could have profited from his image at the time he died.

The parties ended up in Tax Court. The IRS and Michael’s estate brought in experts. The IRS’ expert based the $161 million valuation on future revenue streams from licensing and branding. The estate’s experts valued Michael’s image at just over $3 million based on revenue from his copyrighted works more than anything else.

"Allegations that a celebrity molested little boys might reasonably be thought to repel potential licensees in any society that has not become completely decadent," Judge Holmes of the Tax Court wrote. At the time of his death, Jackson's reputation was dismal. The court recognized that, in the last 10 years of his life, Michael received no revenue related to his likeness. The court rejected the IRS’ valuation based on a future income stream that hadn’t existed at the time of Michael’s death. The court concluded that the value of Jackson's image and likeness at the time of his death was worth just $4.1 million.

WHY YOU SHOULD KNOW THIS: This case is an extreme example of how valuations of a person’s image can have wide disparities. Valuations should be based on relevant factors and not speculation. A person’s image rights don’t always die with them (witness Elvis’ estate). But how much their image is worth for estate tax purposes is fixed by that date.