All the Way Missing 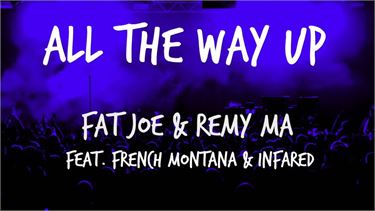 In Brief:   It takes some work to prove up a missing copyright assignment.

Fly Havana sued Fat Joe and some related entities for copyright infringement of the song. Fat Joe responded that Fly Havana had signed a written work for hire agreement which they referred to as “a piece of paper”. According to the piece of paper, Fly Havana assigned all rights in the song to Fat Joe for $5,000.00.

Copyright law requires assignments and transfers of title to be in writing. So without the original, Fat Joe would have a big problem. But, no one could find the signed piece of paper. Fat Joe and his attorneys performed an exhaustive search for the original signed agreement. They tried to find Fat Joe’s business manager to see if he had it. But they couldn’t find him. So the court let Fat Joe’s legal team serve a subpoena on the manager by email and on Facebook. Still no luck.

All they could find was a draft agreement that Fat Joe’s attorney sent to Fly Havana by email and Fat Joe’s check to Fly Havana in the amount of $5,000.00 with the word “write” in the memo line. Fat Joe stated that he had printed out the emailed version of the piece of paper and that Fly Havana had signed it at a meeting.

The best evidence rule states that when a party can’t produce the original, the party has to provide an acceptable excuse for its absence. Only then will the court allow a copy to be used in place of an original. The court determined that Fat Joe gave a plausible excuse for the missing original piece of paper and accepted the unsigned copy as written evidence of the assignment. The court found in Fat Joe’s favor.

Fly Havana tried to assert arguments to get around the piece of paper. First, he argued that there was no consideration. Fat Joe produced the check. So that argument failed. Second, Fly Havana argued that he was fraudulently induced into signing the agreement (thus admitting that he signed it) because he alleged that Fat Joe promised him royalties in a phone call before the meeting. The court rejected this argument because the agreement said that there would be no further compensation after the payment of the $5,000.00. And, the agreement had a merger clause that said the agreement was the final agreement between the parties. Last, Fly Havana argued that under various state laws, Fat Joe owed Fly Havana a fiduciary duty. These claims failed as a matter of law because co-authors don’t owe a fiduciary duty to each other.

Why You Should Know This: In the heat of concluding a transaction, sometimes things happen. But, keeping a signed original in a safe place should be a number one priority. It’s even easier these days since courts will accept electronic copies of signed documents as originals.