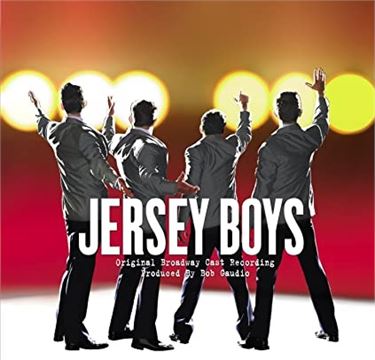 The Jersey Boys is a Broadway musical (the “Play”) about the musical quartet, The Four Seasons (the “Band”). It debuted in 2005 and ran for over 10 years, toured the country repeatedly and was adapted into a movie in 2014.

In the late 1980s, Band member, Tommy DeVito wrote an autobiographical “tell all" book about the Band. The book was ghost-written by Rex Woodard (“the Work”).  The Work was completed before the Play had been written and produced.

DeVito’s widow, Donna Corbello, sued Frankie Valli (the Band’s lead singer) and a lot of other people for copyright infringement alleging that the Play was an unauthorized derivative of the Work.

After long and arduous years of procedural history, including summary judgment orders and one previous appeal, the case was presented to a jury who found that infringement had occurred. The district court granted the defendants’ motion for judgment as a matter of law. The court overrode the jury’s findings and held that the similar elements in the Work and the Play were facts and not protected by copyright.

Donna appealed. The Ninth Circuit Court of Appeals affirmed the judgment. The Ninth Circuit rested its decision on the "unremarkable proposition" that facts, in and of themselves, may not form the basis for a copyright claims. Historical facts, common phrases and scenes-a-faire (scenes that are indispensable, or at least standard, in the treatment of a given idea) are unprotected by copyright.

The interesting twist is that Donna tried to transform a non-fiction work into a fictional work. She claimed that certain facts were really embellishments. So they should be treated as fiction. The Ninth Circuit didn’t buy it. Under the doctrine of copyright estoppel (which the Ninth Circuit renamed “the asserted truths doctrine”), “elements of a work presented as fact are treated as fact, even if the party claiming infringement contends that the elements are actually fictional.” If the author claims a written work is historically accurate, he or she “cannot later claim, in litigation, that aspects of the work were actually made up and so are entitled to full copyright protection.”  “Copyright protects the creative labor of authors; it does not protect authors’ post-completion representations about the lack of veracity of their own avowedly truthful work.”

WHY YOU SHOULD KNOW THIS. This case illustrates that the author of a non-fiction work can’t hang a “fiction” sign on it and claim copyright infringement. The foundation for copyright protection appears in the US Constitution (Art. I, Sec. 8. C. 8). Congress is empowered to make laws to “promote the Progress of Science and the Useful Arts”. But, copyright does not give an author a monopoly on facts.