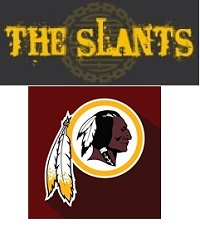 Thanks to The Slants, the Washington Redskins’ trademark may live to fight another day. In June 2014, the Washington Redskins lost the trademark of their name because the term “redskins” was offensive. The Slants, an all Asian American dance rock band, tried to register their name as a trademark. The USPTO refused registration on the basis that the mark was “offensive” and “disparaging”. The Slants appealed the ruling. The Federal Circuit Court overturned the ruling. The court acknowledged that disparaging marks can be considered hurtful speech that harms members of oft-stigmatized communities. But the First Amendment protects even hurtful speech. According to the court, the government (in the form of the USPTO), cannot refuse to register disparaging marks because it disapproves of the expressive message conveyed by the marks. That means, the Washington Redskins may have a good shot at getting their trademark reinstated.

WHY YOU SHOULD KNOW THIS: On the surface, the decision seems to authorize anyone to attempt to register a trademark no matter how offensive and hurtful it might be to a group of people. But there are still limits. Just as the First Amendment has a limitations such as not screaming ‘FIRE’ in a crowded theater, there still will be limitations on trademark registration. On the practical side, choosing an offensive or disparaging trademark could have market consequences by alienating a group of potential customers. So a business considering the adoption of an offensive or disparaging trademark should proceed cautiously.