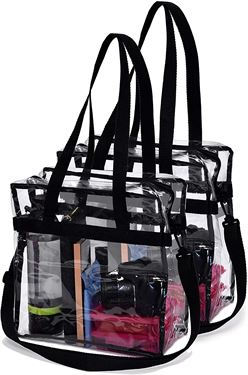 In Brief:  The Trademark Trial and Appeal Board refused to register “Clear” for opaque goods.

The TTAB affirmed the refusal. The TTAB acknowledged that in order to refuse registration based on the mark being deceptively misdescriptive, the mark has to be descriptive of the goods, rather than suggestive, fanciful or arbitrary. The TTAB agreed with the Examining Attorney that, based on dictionary definitions and third party websites, consumers are going to assume that “Clear” means the goods are transparent. The TTAB also agreed with the Examining Attorney that excluding transparent goods from the description of the goods in the trademark application wouldn’t fix the problem.

Having determined that “Clear” is misdescriptive, the TTAB turned to whether a consumer would actually be misled. Here, DVF argued that the consumer would immediately understand the goods weren’t clear because they will be opaque. The TTAB rejected the argument. The TTAB focused on the impression that the mark would give about an attribute of the goods. Consumers would understand that the goods were transparent. The fact that the goods are not transparent deceives the consumer.

WHY YOU SHOULD KNOW THIS:  A deceptively misdescriptive trademark is one that misleads the consumer about an attribute of the goods. For example “Lovee Lamb” for seat covers that are not made from lamb’s wool would be deceptively misdescriptive. DVF’s biggest problem is that its competitors sell a lot of bags and totes that are, indeed, transparent. Because of the already established market, the consumer already has an idea about what “Clear” would mean.