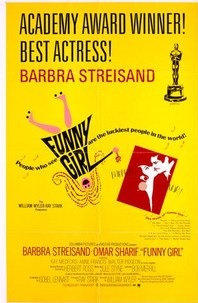 Bob Merrill wrote and registered the copyright in the lyrics to the famous Broadway musical, Funny Girl. For those who don’t know, the musical is about the life of an early 20th Century comedian, Fanny Brice. The title role was originated by Barbra Streisand who also played her in the film and won the Oscar for her performance. Lea Michelle is now starring in the Broadway revival.

In December 1963, Bob signed a contract with Eliot Hyman, one of the Funny Girl production company executives. Bob gave Eliot an undivided two-thirds interest in any royalties to which Bob would be entitled in the future. In exchange, Eliot paid Bob cash for the assigned royalty rights.

By 2015, both Bob and Eliot had passed away. But the royalties were still rolling in. Bob’s widow, Suzanne sent a copyright termination notice to Eliot’s heirs. Section 203 of the Copyright Act allows authors or certain kinds of heirs to terminate a transfer of copyright after a certain number of years. As Bob’s widow, Suzanne could exercise the termination rights. Since the royalties are still highly lucrative, one can’t blame Suzanne for trying to recoup them.

Eliot’s heirs disputed that Suzanne had a right to terminate the assignment of royalties. Suzanne brought a declaratory judgment against Eliot’s heirs.

The issue came down to the definition of a transfer. The Copyright Act gives authors a bundle of rights that include the exclusive right to sell, copy, adapt and perform a work, like lyrics to a song. A transfer can be a sale or a license of the copyright of any of those rights. The contract between Bob and Eliot didn’t transfer any of the rights. Bob only sold his right to receive royalties while his bundle of rights remained intact.

Why You Should Know This:  Bob had a right to receive royalties from the use of his work. He could assign the rights to the royalties and keep his bundle of copyright rights intact. This case involved the dual analysis of termination rights and the plain language in a contract.