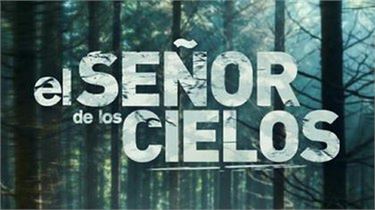 In Brief: Too many words in a contract term plus course of dealing can cause a bad breakup.

Caracol Television and Telemundo co-developed and co-produced the telenovela, "El Senõr de los Cielos”, about a drug lord who wants to be the greatest narcotrafficante of all time. After a very successful first season that ended with a cliffhanger involving the drug lord’s plastic surgery, the series went on for 6 more seasons and a spinoff.

After the first season, Telemundo offered Caracol the option to co-produce another season. Caracol declined. Then the parties entered into a new agreement (the “Letter Agreement”) in which they agreed that Telemundo would produce a second season of the series (which the Letter Agreement calls the "Sequel") and own all rights to the Sequel. In return, Caracol would have the right to broadcast the Sequel in Columbia for three years. The Letter Agreement contained the following ownership terms:

Telemundo produced and distributed the rest of the series plus the spinoff. Caracol didn’t participate in the production of the series and didn’t complain. That is, until the fourth season of the show.

Caracol sued Telemundo, alleging that it remained a joint owner in the copyright of the series and was entitled to compensation for the distribution and licensing of the subsequent seasons of the show. The district court granted Telemundo’s motion for summary judgment, holding that the unambiguous language of the Letter Agreement demonstrated that Caracol had transferred all of its rights in the entire series to Telemundo. And the course of dealing supported that interpretation of the agreement. Caracol appealed to the Eleventh Circuit Court of Appeals.

On appeal, Caracol argued that the purpose of the Letter Agreement was to allow Telemundo to produce one additional season of the series and not to give Telemundo ownership rights over the entire series. In support, Caracol argued that the Letter Agreement only grants Telemundo a limited right to “use” (in other words, a mere license to use) elements from the series itself for the purpose of producing the Sequel. According to Caracol, this isn’t assignment language that transfers ownership to Telemundo. The Eleventh Circuit disagreed, concluding that the Letter Agreement "unambiguously and clearly assigns Caracol’s entire copyright interest in the Series to Telemundo in perpetuity."  Because, in its view, the plain language of the agreement resolved the issue, the court didn’t consider any extrinsic evidence (such as the parties' course of dealing).The Eleventh Circuit agreed with the district court and affirmed the summary judgment.

Why You Should Know This.  While the courts believed the language in the Letter Agreement was unambiguous, there actually is room for interpretation. The phrasing of the ownership language contains one long run-on sentence that has to parsed out to understand. Also, at the time of contract, the parties appeared to have anticipated only one additional season. Even so, Caracol’s case was sunk by the fact that it didn’t complain about the ownership issue for years which allowed a course of dealing to develop. Caracol’s case might have been saved if the language had been clearer about how many seasons Telemundo was going to produce and exactly who was going to own what.