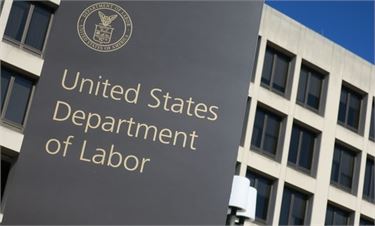 All transactions involving the purchase or redemption of employer stock by an Employee Stock Ownership Plan (“ESOP”) must be conducted at fair market value. This assures that the statutory prohibited transaction exceptions available to compliant ESOPs will apply. Fair market value for private companies must be determined by an independent appraisal. This would include annual valuations and, more important, the valuation of the ESOP’s critical acquisition of the employer stock that it is required to maintain as its “principal investment.”

ESOP appraisals can be influenced by misleading information provided by company management. Appraisers can even give their approval to ESOP transactions that leave the employer-sponsor insolvent as in the case of the Chicago Tribune ESOP. The resulting litigation was concluded by a settlement agreement with the Department of Labor that charges ESOP fiduciaries with the responsibility of performing their own due diligence investigation of any ESOP appraisal report.

A recent Department of Labor settlement agreement with First Banker Trust Services (“FBTS”) resolves three separate cases and outlines additional valuation guidelines that ESOP fiduciaries (including the employer-sponsor of an ESOP) should consider any time they deal with a valuation report issued by the ESOP appraiser, or “Valuation Advisor.”

Each of the three cases alleged that FBTS approved ESOP transactions without undertaking a thorough investigation of the value of the company stock involved. Because the stock valuations were based on unrealistic projections of future company earnings, they overstated the value of the stock of each sponsor. As a result, the three subject ESOPs allegedly overpaid for the stock purchased by each of them. As part of the settlement agreement, FBTS also agreed to pay $15.75 million to the three ESOPs.

The FBTS settlement agreement sets out the following requirements and, although they technically apply only to FBTS, ESOP trustees and administrative committees should consider them as generally applicable compliance guidelines (these are just highlights of the new requirements):

ESOP sponsors and financial institutions involved in ESOP transactions should consider the new territory staked out in the FBTS settlement agreement. First of all, note the requirement that company insiders agree to compensate the ESOP for errors in company financial statements if those statements are not audited financial statements. Second, the normal practice of assigning a control premium in the valuation of majority stock interests purchased by ESOPs must now be questioned by ESOP fiduciaries. This means that typical arrangements that leave incumbent management in control of the voting of ESOP stock must not only be investigated by ESOP fiduciaries but also may require the fiduciaries to determine a value for any such limitations on control – and to provide that the ESOP be “compensated” accordingly.