“Delivery Failed” Has Been Ghosted 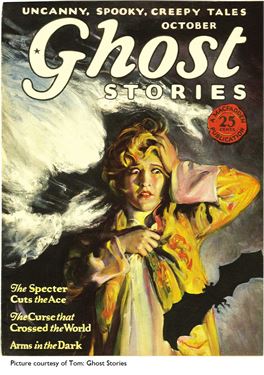 The US Supreme Court decision in Alice Corp. v. CLS Bank International held that abstract ideas cannot be patented. Electronic Communication Technologies, LLC (“ECT”) is the one of latest patent holders to feel a ghostly pinch from Alice.

ECT sued ShopeerChoice.com for patent infringement. ECT alleged that ShoppersChoice infringed on its patent for an “automated notification system” that gives someone information about the delivery of goods or services. The components of the system allows a party to initiate a session, provide authentication information and then the party gets access to particulars regarding a pick up, delivery or failure of delivery. Does this sound kind of familiar?

ShoppersChoice moved to dismiss the case because the claims were invalid as abstract ideas. The district court granted the motion and ECT appealed to the Federal Circuit Court of Appeals.

The Federal Circuit affirmed the decision. The Federal Circuit used Alice’s two part analysis to determine if the claims were invalid. First, the court must determine if a patent claim involves judicially-excluded patent subject matters like a law of nature, a natural phenomenon, or an abstract idea. If it does, the second step decides whether any element or combination of elements in the claim are sufficient to ensure that the claim amounts to significantly more than the excluded claims from the first step. Elements or combinations of elements that are well-understood, routine, and conventional are not enough to satisfy the second part of the analysis.

In this case, the Federal Circuit agreed with the lower court that the claims describe abstract ideas. And the described abstract ideas are business practices that have been around for decades, if not longer (which is why they probably sounded familiar). ECT argued that its authentication system was enough to satisfy the second part of the test. The Federal Circuit found that the features were described at too high a level and could mean just about anything. ECT argued that it had been open during the prosecution process and its application “sailed through”. The Federal Circuit didn’t find that very persuasive.

WHY YOU SHOULD KNOW THIS. Software patents are not necessarily dead after Alice. But, applications to patent software have to meet a pretty high threshold. Before Alice the vagueness of software patents led to a lot of cease and desist letters and low-value license fees or forced settlements. Those types of cease and desist letters are not completely gone. But they are much reduced.