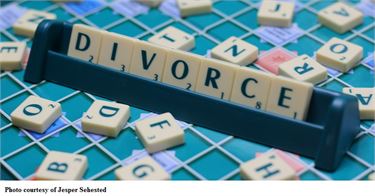 Trade secrets can be an asset in a divorce. Donald Bailey and his ex-wife, Geraldine Bailey, were in the midst of a very messy divorce. As part of the proceedings, Geraldine wanted to determine the value of their marital assets. So Geraldine’s law firm sought discovery against Donald’s two companies, Zegato Solutions Inc. and Aldmyr Systems, Inc. The two companies had trade secrets that were worth about $350 million, according to Donald. Donald then brought a suit against the attorneys claiming that they stole and copied the trade secrets. Dismissal of the suit was affirmed by the Fourth Circuit Court of Appeals. The Fourth Circuit agreed with the lower court that the law firm was entitled to explore Donald’s assets on behalf of Geraldine.

WHY YOU SHOULD KNOW THIS. When a couple decides to cut ties with each other, a host of issues are involved. One of the primary issues is who gets what from the assets that the couple acquired during the marriage. In this case, the court had to balance Donald’s companies’ right to protect their trade secrets and Geraldine’s right to know the value of Donald’s assets. Since access to the trade secrets had nothing to do with actually using them, Geraldine’s right to discovery won.