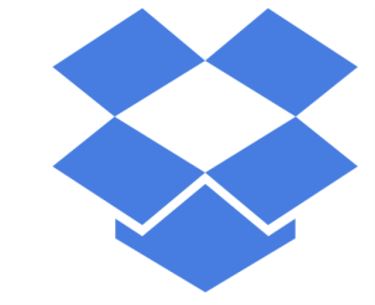 Thru Inc. sued Dropbox for trademark infringement claiming to own the “DropBox” trademark. After a lot of litigation and some really good discovery, Dropbox was able to show that Thru may have had some bare rights to the “DropBox” mark but it never actually used the mark. Thru then sat back and watched as DropBox branded itself and became a household name for shareable file storage. Then Thru continued to drag its heels in litigation to cash in on DropBox’s initial public offering in 2018. DropBox discovered emails from Thru’s CEO which unabashedly chronicled Thru’s strategy. In the end, DropBox obtained a $2.3 million judgment that included attorney’s fees and costs.

So what was Thru to do? It filed for relief under Chapter 11 of the Bankruptcy Code. It proposed a plan to pay the entire judgment with interest in six years. The plan was confirmed over DropBox’s objections. DropBox appealed. The district court affirmed the bankruptcy court’s confirmation of the plan. Then DropBox appealed to the Sixth Circuit Court of Appeals. Dropbox argued the Chapter 11 plan was just a sham and indicative of Thru’s conduct in the underlying case. The appeal was dismissed due to mootness. The problem was that DropBox hadn’t sought any orders to stay the enforcement of the bankruptcy plan. DropBox argued that the concept of “equitable mootness” is antiquated and shouldn’t have any bearing on the appeal. The Sixth Circuit disagreed. By the time the appeal was heard in the Sixth Circuit, the plan had already been in place for some time and some payments had already been made. Therefore, at this late stage, it would cause undue hardship to unwind the plan.

Why You Should Know This. Filing bankruptcy is a legitimate strategy after a huge judgment. As is usually the case, Thru’s pre-bankruptcy petition conduct is irrelevant. Bankruptcy allows a debtor to reorganize and pay off at least some debt. In this case, as long as Thru continues to be in business, DropBox is probably getting more than it would have gotten if Thru closed its doors. As to DropBox’s failure to get a stay of enforcement of the plan pending appeals, bankruptcy courts are reluctant to do that. It basically hurts the other creditors waiting to be paid while a single creditor pursues at grudge.

ON ANOTHER NOTE: On February 19, 2020, the Small Business Reorganization Act went into effect. Small companies whose debts are less than $2.7 million can file a streamlined Chapter 11. It is both less expensive and faster than normal Chapter 11s. The attorneys at Golan Christie Taglia have already filed a number of these. So if you have any questions, please feel free to reach out.