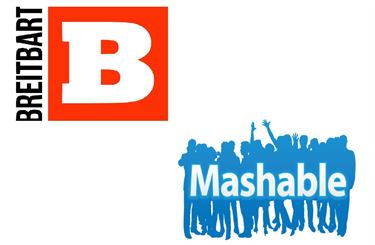 In the past couple of years, there have been two decisions about whether or not embedding is copyright infringement.

First up, Justin Goldman sued Breitbart News Network (among others) for using his photo of Tom Brady. The photo went viral. It was posted on Twitter, Reddit and other websites such as Breitbart. All of this viral posting happened without Justin’s permission. Breitbart filed a motion for summary judgment. In its motion, Breitbart argued that embedding an image is not copying the image. The court denied Breitbart’s motion. The court held that embedding an image on a website can be considered copyright infringement. So the matter needs to go to trial.

Then there’s Stephanie Sinclair’s suit against Ziff Davis LLC and Mashable. Stephanie is a professional photographer. She displays her works on her website and on Instagram. She uploaded one of her photos titled “Child, Bride, Mother/Child Marriage in Guatemala” onto her Instagram account. Mashable, a media and entertainment platform, asked Stephanie for permission to use the photo for an article on female photographers. Stephanie said no. Mashable published the article and used an embedded version of the photo from Stephanie’s Instagram account. The court held that embedding the photo from Instagram was not copyright infringement, in this case. The court relied on Instagram’s Terms of Use in which Stephanie granted Instagram the right to sublicense the use of content that she uploaded onto Instagram. Instagram sublicensed the use of the photo to Mashable for embedded use. The court didn’t directly address whether embedding content would have been infringement without Instagram’s Terms of Use.

WHY YOU SHOULD KNOW THIS. Copyright infringement occurs when someone copies the work of another without permission. But is the technological act of embedding content really making a copy? The current version of the Copyright Act was written in the 1970s before the digital revolution. The Act didn’t contemplate emerging technologies and how a simple thing like “copying” may operate differently from the then current technology. Unless and until there’s a better understanding of whether embedding is infringement, look before you embed. Pay attention to whether there’s a license to embed the content.

On another note, Mashable asked for permission and was turned down. Although Mashable was saved by Instagram’s terms of use, that might not always happen. So don’t go ahead and use someone else’s content after they turn you down. It might be considered willful infringement. And no one wants to go there.