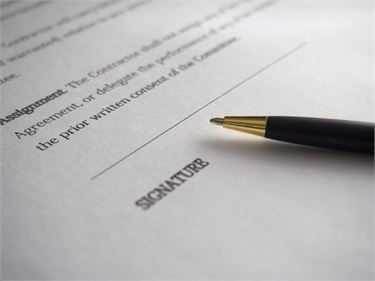 Deborah Innis was terminated by her employer, Telligen, Inc., after 18 years of service. She was a participant in the Telligen Employee Stock Ownership Plan (“ESOP”), and Bankers Trust was the ESOP trustee.

In connection with her discharge, Innis signed a severance agreement containing a general release (“Release”) which absolved Telligen and its stockholders and affiliates, as well as all persons acting on behalf of any of those parties, from all claims

"…of any nature whatsoever…arising from, or otherwise related to [Innis’] employment relationship with [Telligen]."

After signing the severance agreement and accepting severance compensation and outplacement services, Innis sued Bankers Trust for breach of fiduciary duty in connection with the establishment of the ESOP. Bankers Trust filed a motion for summary judgment based on the scope and validity of the Release as to the fiduciary breach claims and its applicability to Bankers Trust, a third party not related to Telligen except as trustee of its ESOP.

The U.S. District Court for the Southern District of Iowa granted Bankers Trust’s motion for summary judgment (see Innis v. Bankers Trust Co. of South Dakota, No. 4:16-cv-00650-RGE-SBJ, April 30, 2019). In doing so, the court determined that the language of the Release was so broad that it included ERISA claims, and that Bankers Trust was protected by the Release as a person “acting on behalf of” Telligen stockholders.

It is worth noting that the court interpreted the scope of the Release on the basis of state law, in this case the law of Iowa. Further, the court’s holding applied the Release to ERISA breach of fiduciary duty claims even though the Release:

All of these potential pitfalls could be mitigated by more specific release language referencing ERISA, fiduciary claims, plan fiduciaries and unknown as well as known claims. So, even though Bankers Trust dodged a bullet in the Innis case, it is obvious that the language of its Release could have been better drafted to protect the ESOP trustee as well as other plan fiduciaries, such as employees serving on in-house retirement plan committees. Such foresight could have saved Bankers Trust its expensive trip to the courthouse.

ERISA fiduciaries, including directors, officers and employees involved in retirement plan administration, can be protected from ERISA breach of fiduciary duty claims by former employees. Properly prepared employee releases are likely to be upheld by a reviewing court. They might also head off claims by former employees and the associated cost of defense. Also bear in mind that employers may be on the hook for legal fees of independent plan service providers if the applicable service contract contains indemnification provisions. So, it makes sense to have your employee release and benefit distribution release reviewed by an ERISA lawyer to make sure plan fiduciaries are afforded the best possible contract protection.