Fair Use Defense Drowns in a Desert Lake 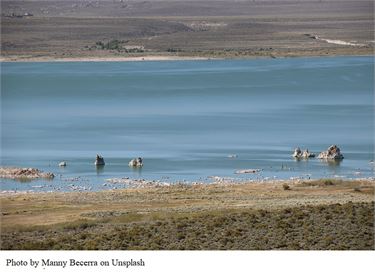 In Brief:   A picture is worth a thousand words but using it may not pass the fair use test.

In March 2019, photographer, Elliot  McCrucken, photographed an ephemeral lake that formed on the desert floor in Death Valley after heavy rains. Death Valley had received one-third of its annual rain fall in one day. So this was a rare and otherworldly sight. After hours of hiking, Elliot came upon the lake and described finding it as "lucky, magically strange, and even eerie . . .”. Using various photographic techniques, Elliot was able to capture images of the lake. Elliot licensed the photos to several websites which ran articles about the lake. He also posted some of the photos on Instagram.

Pub Ocean Ltd., a digital publisher, also posted an article about the lake. Pub Ocean described Elliot’s experience and posted a series of the photos, 12 of which belonged to Elliot. Pub Ocean neither asked for nor received a license from Elliot.

Elliot filed suit against Pub Ocean for copyright infringement. Pub Ocean asserted fair use as a defense. The lower court granted Pub Ocean’s motion for summary judgment. Elliot appealed to the Ninth Circuit Court of Appeals. The Ninth Circuit reversed after using the four-factor test for fair use.

1.         The Purpose and Character of the Use. Since Pub Ocean is a for-profit news service, its use was commercial in nature. Pub Ocean didn’t do anything to or with the photos that could be described as transformative. Pub Ocean used the photos for the exact purpose that Elliot took them; namely to depict the lake. This factor weighed against fair use.

2.         The Nature of the Copyrighted Work. The photos were creative expression that resulted from many technical and artistic decisions. This factor weighted against fair use.

3.         The Amount and Substantiality of the Portion Used in Relationship to the Copyrighted Work as a Whole. Pub Ocean used the photos in their entirety with some minor cropping. Pub Ocean argued that it used other photos as well in the article. But this argument didn’t persuade the Ninth Circuit holding “it is clear that the article took the heart of each of the twelve photos.” This factor weighted against fair use.

4.         The Effect of the Use upon the Potential Market for or Value of the Copyrighted Work.  This factor looks at whether a defendant’s actions adversely impacts the potential market for the work. For this factor, Elliot didn’t need to show direct evidence of actual market harm. All he needed to show was that widespread use without his permission would adversely affect the potential market for the licensing photos in the future. This factor weighted against fair use.

The Ninth Circuit remanded the case back to the lower court with instructions to enter partial summary judgment for Elliot and to conduct further proceedings.

Why You Should Know This:  It can’t be said often enough, fair use is a defense that requires deep analysis. Before building a business model that uses content created by others, do a thorough and objective fair use analysis.

Note: The blog photo is not Elliot’s photo. It was taken by Manny Becerra on Unsplash. If you’d like to see Elliot’s photos, you can visit Elliot’s website https://www.emcgucken.com/Death-Valley-Lake-Death-Valley-National-Park-Ten-Mile-Lake/.