Fair Use Gets Transformed 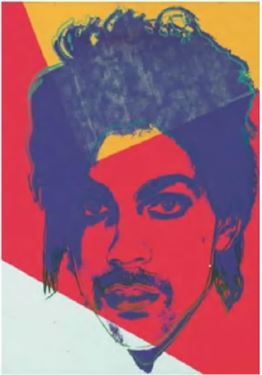 In Brief:   Andy Warhol’s art was innovative. But it may not have been transformative when it comes to fair use.

Here’s What Happened. In my blog post of 8/6/2019 titled “Purple, I Mean, Orange Rain”, I looked at the meaning of transformative use as it relates to fair use. The suit involved well-known photographer, Lynn Goldsmith, and The Andy Warhol Foundation for the Visual Arts, Inc. Lynn had taken some photos of the music artist, Prince. Vanity Fair magazine had licensed one of Lynn’s photos and commissioned Andy Warhol to create paintings from it for an article. Warhol then went a step further and used Lynn’s other photographs as the foundation for series of Prince paintings.  Years later, Vanity Fair published an article using Warhol’s paintings. This was when Lynn learned about Warhol’s additional paintings. Lynn threatened to sue for copyright infringement. The Warhol Foundation brought a suit for declaratory judgment that the additional paintings were fair use. The district court held that Warhol’s treatment of Lynn’s photographs was transformative and therefore fair use.

Lynn appealed. The Ninth Circuit Court of Appeals reversed and remanded the case to the district court with instructions.

Fair use is supposed to strike a balance between an author’s rights in the work and the ability of others to express themselves referencing the work. The first factor of fair use is the purposes of the use. Transformative often comes into play when evaluating the first factor. It means that the second user creates a new expression, meaning or message based on the original work. According to the Ninth Circuit, transformative use is more than the secondary user imposing his style on the original work. The Ninth Circuit rejected the district court’s determination that Warhol imposed his painting style on Lynn’s photographs was transformative because Warhol intended to show how vulnerable Prince was. The Ninth Circuit stated that “whether a work is transformative cannot turn merely on the stated or perceived intent of the artist or the meaning or impression that a critic—or for that matter, a judge—draws from the work.” The Ninth Circuit was worried that finding fair use here may recognize any alteration as transformative. The court went on to state that a secondary user can’t claim fair use if the original work remains recognizable and retains its essential elements. Since Warhol’s version retained Lynn’s essential elements and just added his style on top of hers, the Warhol works are not protected by fair use. The Ninth Circuit rejected the Warhol Foundation’s argument that the paintings were fair use because they were “Warhol’s”. With a note of sarcasm, the court stated that fair use doesn’t allow “celebrity-plagiarist privilege”.

WHY YOU SHOULD KNOW THIS. Does this opinion gives us more insight into what transformative use really is? Not really. Warhol’s versions of Lynn’s photographs weren’t just copied and washed with paint. According to the Warhol Foundation’s witness, Warhol had a process to create his works that went beyond merely copying and splashing paint on the copy. The idea that the secondary work can’t retain recognizable and essential elements of the original fails to recognize bastions of fair use such as parody and criticism. This might not be the end of the story.