Tavern on the Green, 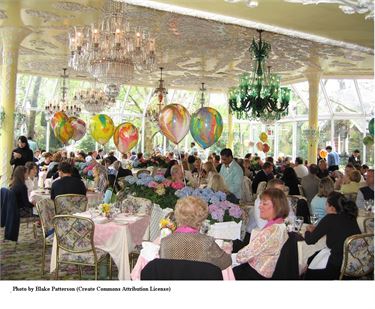 You may recall the scene in the Ghostbusters movie where, Rick Moranis’ character begs diners in a swanky Central Park restaurant to save him from a Terror Dog. That restaurant is the famous “Tavern on the Green” that has been owned by New York City since 1934. The Tavern’s trademark has a bit of a complicated history. NYC leased the restaurant to Tavern on the Green LP (TOTG). NYC decided not to renew TOTG’s lease in 2009. That’s when NYC discovered that TOTG registered the trademark in 1978. NYC sued TOTG to cancel the registration because NYC was the owner of the trademark and not TOTG. TOTG and NYC entered into a settlement agreement that allowed TOTG to use the name outside of NYC as long as TOTG didn’t use the words “Central Park”. TOTG went ahead and used the Tavern trademark along with the words “Central Park” thereby breaching the agreement. NYC sued again. And won.

WHY YOU SHOULD KNOW THIS. When an applicant fills out a trademark application, the applicant has to state under oath that it is the bona fide owner of the trademark. If that isn’t true, the applicant has committed a fraud in the application process. The USPTO will cancel a registration obtained by fraud. TOTG didn’t have the right to register the trademark. And even after getting the right to use the name “Tavern on the Green”, TOTG used the words “Central Park” in breach of the settlement agreement. TOTG couldn’t escape the trademark Terror Dog of its own creation.