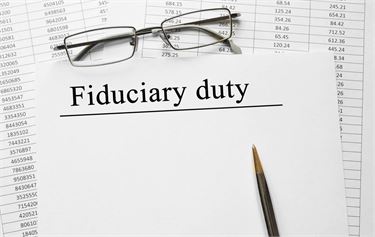 Fiduciaries who handle investments for 401(k) and other self-directed retirement plans (such as 403(b) plans for not-for-profit organizations) are increasingly exposed to liability for their investment decisions. Those fiduciaries, including employers and any individuals charged with investment decision making, are being second guessed for the investment funds they select. Plan fiduciaries have been sued for a variety of allegations ranging from excessive fees, self-dealing, lack of transparency and poor investment performance. Some of these actions are filed as class actions, and like other fiduciary claims, they assert personal liability against plan fiduciaries.

A recent decision of the Federal District Court in Chicago, Divane v. Northwestern University, suggests a way to help insulate plan fiduciaries from such claims.

In Divane, Northwestern University and a number of individuals involved with two of its self-directed 403(b) plans were alleged to have breached their fiduciary duty to plan participants by providing too many investment options, providing mutual fund selections with excessive “retail” expense ratios, charging participants too much for record-keeping services funded through “revenue sharing,” and including a fund that had not performed well.

The Court granted the defendants’ Motion to Dismiss because plan participants could select among investment funds that included index funds with expense ratios ranging from .05 percent to .1 percent. The Court held that, as a “matter of law,” these expense ratios were “low.” Because participants had the option of selecting these funds, they were in a position to avoid more expensive funds, a poorly performing fund, and a fund which made revenue sharing payments to the record keepers that were alleged to be “excessive.” Further, the Court added that record-keeping fees were “reasonable as a matter of law.” Based on these conclusions, the Court went on to dismiss the Complaint with prejudice thereby resolving this case in the defendants favor, subject to any possible appeal.

The decision in Divane suggests that any self-directed retirement plan should include low cost funds (usually index funds) in its investment array. This obviously makes available to participants the desirable features of such funds but it also helps insulate plan fiduciaries from claims that they have not properly performed their duties with respect to the plan’s other investment funds – funds which may not be low cost and may not offer investment results that match the results of index funds. With this in mind, you will want to include a selection of low cost index funds in your 401(k) or 403(b) investment array. These funds may turn out to be profitable investments for plan participants but, based on the Divane opinion, they will also provide a good defense if plan fiduciaries are ever second guessed by a plaintiff’s lawyer – or a government auditor.