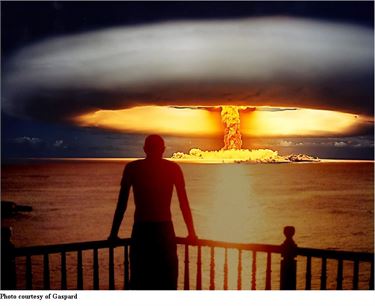 The Defend Trade Secrets Act of 2016 can go nuclear to stop misappropriation. The Defend Trade Secrets Act of 2016 (“DTSA”), which created a federal cause of action for misappropriation, has one amazing feature that’s new to trade secret litigation. It allows the court to order seizure of stolen trade secrets in “extraordinary circumstances” without advance notice. This has been called the “nuclear option”. Because it’s a draconian remedy, courts have been reluctant to enter seizure orders. The recent case of Mission Capital Advisors LLC v. Romaka, gives a clue for determining extraordinary circumstances. According to court documents, Romaka had downloaded Mission Capital’s entire 65,000 person client list while he was receiving employment offers from Mission Capital’s competitors. In granting an order for seizure, the court cited Romaka’s activities such as downloading the files while he was absent from work for several weeks; he said that he deleted the files, when he hadn’t; and he had downloaded other proprietary information and stored it on his computer. Although Romaka was cooperative originally, he didn’t respond to Mission Capital’s attempts to contact him. The court ordered U.S. Marshalls to go to his home, make a forensic copy of his computer and then permanently delete the files.

WHY YOU SHOULD KNOW THIS. The DTSA nuclear option cannot be invoked in every case. The "nuclear option" in the guise of a seizure order is still being explored by litigants and the courts. But, the Mission Capital test may help shape the appropriateness of the remedy.