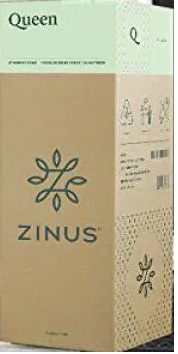 In Brief:  Failure to be honest during a lawsuit can result in the court vacating a judgment.

Zinus, Inc. owned a patent for a bed frame that could be packed into the headboard. Zinus claimed that its competitor, Cap Export LLC, infringed on the patent. Cap Export filed a declaratory judgment action asserting that Zinus’ patent was invalid and, even if it was valid, Cap Export didn’t infringe on it.

The District Court granted Zinus’ motion for partial summary judgment. That court found that the prior art references cited by Cap Export didn’t anticipate or make the claims in the patent obvious. The court entered judgment in Zinus’ favor and against Cap Export which included a $1.1 million damage award and a permanent injunction.

The story didn’t end there.

Zinus had filed suit against an unrelated party, Classic Brands, alleging infringement of the same patent. In support of a motion to transfer, Classic Brands filed a declaration showing that Zinus had knowledge of prior art. The declaration was based on the fact that one of Zinus’ sales representatives had bought 405 beds with the same head board component described in the patent from a Malaysian company. This purchase happened before the filing of the patent application. This was definitely evidence of prior art that would invalidate Zinus’ patent.

During a deposition in the discovery phase of the Cap Export litigation, Zinus’ then-President testified that Zinus had no knowledge of prior art. Cap Export now had proof from an independent source that the president’s testimony was false.

Cap Export brought a motion to vacate the judgment. The court denied the motion. Cap Export appealed to the Federal Circuit Court of Appeals. Zinus argued there was no intent to deceive because the president was just testifying that he didn’t know about it. Zinus also argued that Cap Export should have discovered the Classic Brands statement during discovery. The Federal Circuit reversed the judgment. On the issue of discovery of the false statement, the Federal Circuit explained “due diligence in discovering fraud does not require investigation unless there is reason to suspect fraud.” The Court found that “Cap Export had no reason to suspect fraud” because Cap Export (1) deposed the president and asked him repeatedly about his knowledge of prior art and (2) undertook numerous prior art searches that failed to reveal evidence of the Malaysian company purchases.

WHY YOU SHOULD KNOW THIS: This was probably a case of one hand not knowing what the other hand is doing. The sales representative had knowledge that was imputed to his employer, Zinus. Zinus’ president may or may not have known what someone at a lower echelon knew. Since a patent applicant has a duty of condor with the US Patent Office, when considering filing a patent application, a company should do due diligence at all levels to see if anyone knows about prior art.