Ignorance Is a Catch-22 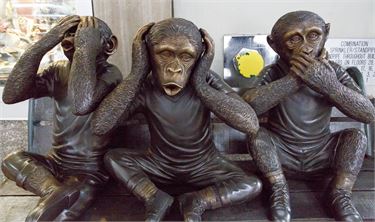 Apparently, some companies have an “ignorance is bliss” policy when it comes to reading patents. The belief is that if you don’t read it, you can’t be accused of knowing about it. And if you don’t know about it, you can’t be accused of willfully infringing on the patent. Willful patent infringement can increase or enhance the damages recoverable by a plaintiff. So a lack of willfulness can change the value proposition of prosecuting or defending an infringement suit. But is an ignorance policy a good idea?

By way of background, researching existing patents and patent applications is part of due diligence to make sure that: (1) what you have is really new enough to be patented; and (2) you aren’t infringing on an existing patent. A recent survey by Stanford Law School professor Lisa Larrimore Ouellette reported that 37% of researchers in the electronics and software space were instructed not to research other patents. Considering that there are hundreds of thousands of patents in this space, this might be a way of dealing with limited time and resources. It’s just not feasible to look through all of them while developing new inventions. So weighing the risks, companies make a strategic and business decision not to do any due diligence at all.

One company just learned the hard way that ignorance may not be so blissful.

Motiva Patents LLC brought an infringement action against HTC Corp. Motiva alleged that HTC was willfully blind to Motiva’s patents by having a policy of not reviewing patents belonging to others. Motiva also alleged that HTC went one step further, claiming that HTC allegedly performed specific acts to implement and enforce the policy. HTC filed a motion to dismiss arguing that Motiva failed to sufficiently allege HTC’s knowledge of Motiva’s patents. The court denied the motion to dismiss. The court held that a policy of not reviewing other patents is a deliberate action to avoid learning of potential infringement and could be construed as willful infringement.

The complaint stands and the case will now proceed to see if Motiva can prove its allegations.

WHY YOU SHOULD KNOW THIS. If HTC acted as alleged in Motiva’s complaint, HTC may have implemented the policy as a matter of self-preservation. It would have decided to take the risk of being accused of infringement for short-term cost and time-savings. Unfortunately, the Motiva v. HTC decision says “you’re damned if you do and you’re damned if you don’t”. So implementing an “ignorance is bliss” policy should be done after evaluating the pros and cons.