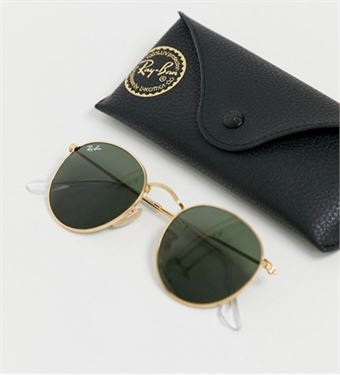 Luxottica Group S.A. owns the trademark, Ray-Ban, and its subsidiary owns the trademark, Oakley, for sunglasses. The sunglasses are typically sold in malls, either in standalone stores or at kiosks. Yes Assets, LLC owns a mall in Georgia. It leases the mall to Airport Mini Mall LLC, which operates under the name “International Discount Mall”. The mall is an indoor space made up of about 130 booths for individual subtenants. A mall like this can be a good source of bargains for shoppers.

According to Luxottica, International Malls’ subtenants were selling counterfeit Ray-Bans and Oakleys. International Mall was subject to three raids by law enforcement to execute search warrants. Subtenants were arrested and counterfeit goods were seized. Luxottica sent two letters to Yes Assets and Airport Mini Mall notifying them that their subtenants were not authorized to sell Luxottica’s eyewear and “that any mark resembling Ray-Ban or Oakley marks would indicate that the glasses were counterfeit.” Despite the raids, letters, and meetings with law enforcement, the landlords took no steps to evict the infringing subtenants.

WHY YOU SHOULD KNOW THIS. Mere ownership of a property where an infringing act takes place normally isn’t a basis for a contributory infringement action. There has to be something more. Knowledge of the infringing activities and turning a blind eye to let it go on is “something more”. What’s a retail landlord to do? Make sure that the leases contain some essential terms. First, the tenant must make a representation and warranty that it will not engage in any type of intellectual property infringement or sell counterfeit goods. Second, the lease should provide for termination and eviction if the tenant violates the representation and warranty. Third, the landlord should move swiftly once it has notice of a breach of the representation and warranty. There’s no way that a landlord can always know if violations have happened. But, certainly receiving written notice from the owner of a trademark, raids, arrests and seizures are good signs that something untoward has occurred.