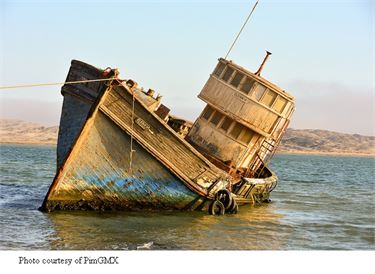 A trade secret isn’t really a secret without proper measures of protection. Kevin Barker, a vice president of Yellowfin Yachts, left the company to start a competing company, Barker Boatworks. Yellowfin sued Kevin and his new company for trade dress infringement and for trade secret misappropriation. Yellowfin alleged that Kevin downloaded hundreds of files with customer specifications, and drawings. The Eleventh Circuit Court of Appeals affirmed summary judgment in Kevin and Barker’s favor. First, the court disposed of Yellowfin’s trade dress claims because it couldn’t prove any customer confusion between its designs and Barker’s designs. In addressing the trade secret misappropriation claim, the court affirmed the lower court’s ruling that the customer information wasn’t a trade secret because boat owners have to register with the State of Florida. Then the court focused on Yellowfin’s measures of secrecy and found them wanting. While the information was password protected and only certain employees had access, the Eleventh Circuit concluded that “Yellowfin effectively abandoned all oversight in the security” of the information at issue because Yellowfin: (1) encouraged Kevin to store the information on his personal devices and didn’t ask him to delete the information when he left the company; (2) didn’t ask Kevin to use security measures for the information on his personal devices; (3) allowed Kevin access to the information even though he refused to sign a confidentiality agreement; and (4) none of the information was marked ‘confidential’.

WHY YOU SHOULD KNOW THIS. Trade secrets have two primary attributes. First, they are not generally known or easily ascertainable. Second, they are subject of reasonable measures to keep the information from becoming publically available. It’s the second attribute that tanked Yellowfin’s trade secret misappropriation claims. Yellowfin has learned that reasonable measures of secrecy require procedures that are tailored to the function of the business and require vigilant enforcement. The best way to avoid Yellowfin’s mistakes is to have a written trade secret protection program tailored to your business, prohibit the storage of trade secrets on personal devices, and make sure that departing personnel are cutoff from access to the trade secrets.