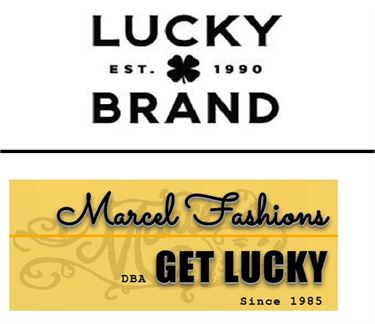 For about 20 years, Lucky Brand Dungarees, Inc. has been battling Marcel Fashions Group, Inc. over their trademarks. The US Supreme Court finally ended Lucky Brand’s struggle. At least for now.

Marcel received a trademark registration for “Get Lucky” for jeans. Lucky Brand received a trademark in “Lucky Brand”, also for jeans. Then the parties fought each other through three separate rounds of litigation over 20 years. The first round ended in a settlement in which Lucky Brand agreed not to use “Get Lucky” and Marcel released all claims. In the next round, when Marcel sued Lucky Brand, Lucky Brand brought up the settlement agreement in its pleadings but then didn’t address it again. Then there was the third round that ricocheted between the District Court and the Second Circuit Court of Appeals. At issue was whether Lucky Brand could assert the settlement agreement as a defense in the third round of litigation. The case ended up before the US Supreme Court. Justice Sonia Sotomayor, writing for the Court, held even though Lucky Brand didn’t litigate the defense in the second round, Lucky Brand could still use the defense in the third round.

The key to the decision was that Marcel was alleging different conduct in the second round than it did in the third round. Justice Sotomayor wrote, “[B]ecause the two suits here involved different marks and different conduct occurring at different times, they did not share a “common nucleus of operative facts.” However, if the third round of litigation involved the same nucleus of operative facts that had already been adjudicated Lucky Brand would not have been able to use the settlement agreement in its defense.

WHY YOU SHOULD KNOW THIS. When dealing with any type of lawsuit, a party can have a lot of different claims and defenses. Each of them should be addressed as completely as possible during the litigation. That’s because, generally, once an issue is raised and fully litigated, a party can’t try to re-litigate in a subsequent lawsuit. This is generally called “issue preclusion”. In the Lucky Brand case, the courts referred to it as “defense preclusion.” In the world of litigation, the effect would be the same. Lucky Brand wouldn’t be able to use the settlement agreement. But, if the same parties keep suing each other over different issues, claims and defenses may not be lost.