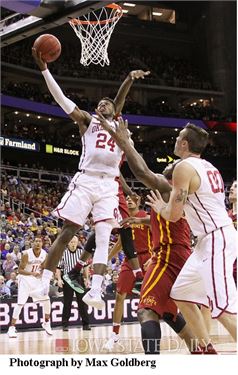 With March Madness upon us, we must remember its bumpy trademark road. March Madness is the uber-famous trademark of the National Collegiate Athletic Association’s championship basketball tournament. But the NCAA was not the first to use the trademark. The Illinois High School Association was. The IHSA unsuccessfully tried to stop the NCAA from using it. The court held that both had the right to use the name. Eventually, the NCAA acquired the IHSA’s rights. Once the NCAA acquired the rights, it aggressively protected the trademark. The NCAA has been able to squelch the unlicensed use of the trademark and anything that comes perilously close such as “April Madness” (for entertainment service), “Markdown Madness” (for auto sales services), “Skate Madness” (for skateboarding competitions) and “Freestyle Madness” (for various entertainment services).

WHY YOU SHOULD KNOW THIS. It’s so tempting to use “March Madness” in an ad campaign to bring in business; especially at the retail and food industry. But to do so, a business has to be ready to pay the hefty license fees demanded by the NCAA or face the NCAA’s wrath. As the owner of the trademark, the NCAA can protect its trademark from any use that would be likely to cause customer confusion about the source or sponsorship of the product or service. And because the trademark is famous, the NCAA can protect against any use that might dilute its brand. Even if the use has nothing to do with a basketball championship.