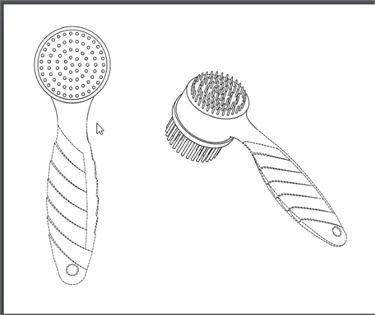 In Brief:  A patent infringer is not liable for damages incurred before notice of plaintiff’s patent rights.

Blackbird brought suit against Argento SC By Sicura, Inc. for patent infringement. The complaint sought pre-suit damages. Blackbird didn’t allege one way or another whether it complied with the Patent Act’s marking requirement pursuant to 35 U.S.C. § 287. This section provides that a person offering a patented article may give notice of the patent by affixing the word “patent” or the abbreviation “pat.” on the article. Patent marking gives actual notice of patent rights. Typically, an infringer isn’t liable for damages before having actual or constructive notice of the patent owner’s rights.

Argento brought a partial motion to dismiss arguing that Blackbird wasn’t entitled to pre-suit damages because Blackbird didn’t allege compliance with § 287. Blackbird amended its complaint alleging “[a]ll marking requirements under 35 U.S.C. § 287 have been complied with.”  Argento renewed its motion to dismiss.

The court granted Argento’s renewed motion to dismiss the complaint to the extent that it seeks pre-suit damages. The dismissal was with prejudice and without giving Blackbird another chance to amend the complaint.

Why You Should Know This:  This is a good example of how the failure to comply with a technical requirement can limit remedies. Blackbird can still seek damages for post-suit infringement because the filing of the complaint is considered notice of the patent. But the potential damages are now reduced.