My Blue Ivy is Not the Same as Your Blue Ivy 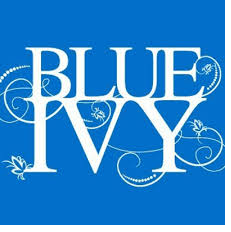 That’s when the fight began.

Veronica filed an opposition to BGK’s trademark application with the Trademark Trial and Appeal Board (the “Board”).

Veronica had a lot of arguments for opposing BGK’s application. Unfortunately, the Board rejected each of Veronica’s arguments and dismissed the opposition.

Veronica argued that BGK never intended to use the name as a trademark. Veronica based this assertion on an interview that Beyoncé’s husband, Jay-Z gave to Vanity Fair. In the interview, Jay-Z said that he and Beyoncé applied to register Blue Ivy’s name as a trademark not because they wanted to do anything with it, but to prevent others from benefitting from the name. The Board rejected this evidence as hearsay within hearsay.

Veronica argued that BGK was a serial filer of bad faith trademark applications. The Board rejected this argument because BGK had only filed one previous application that was voluntarily abandoned.

On the issue of likelihood of confusion between the two marks, the Board analyzed the factors and came out on BGK’s side. The two marks were almost identical in look and sound. But their services were different. BGK was not in the business of providing event planning. Veronica’s event planning might involve finding entertainment, but it wasn’t focused on entertainment services. Both Veronica and BGK provided branding and marketing. But the Board didn’t see that a customer would be confused about the services they provided. The Board also held that Veronica failed to present any evidence showing that the parties’ goods and services were “provided in the same trade channels or to the same classes of purchasers.”

There was also a discovery side note. Apparently, Veronica complained that BGK didn’t comply with discovery but Veronica failed to follow through on ways to force compliance. BGK complained that Veronica had weaponized the discovery process to “pry into” Beyoncé’s personal life and “threaten and intimidate her.” The Board ruled that both parties were at fault and so any discovery disputes won’t affect the ruling.

WHY YOU SHOULD KNOW THIS. Two trademarks can look and sound the same and still not cause a likelihood of confusion. The consumer’s prospective is the deciding factor. If the goods or services are sufficiently different, the customer won’t be confused between the two. While we would be thrilled to have Beyoncé’s company handle our weddings, christenings, bar/bat mitzvahs, etc., it’s unlikely that we would be confused with Veronica’s Blue Ivy event planning services.