Naming Rights in the Gig Economy 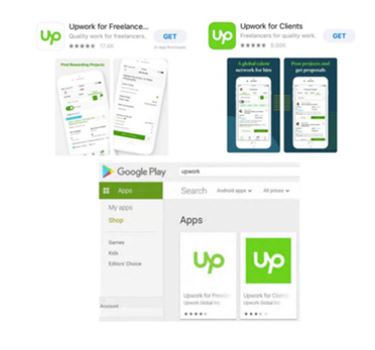 In Brief:  Using someone else’s descriptive trademark can be fair use.

Upwork Glob., Inc., started its own app and software platform for freelance workers to find freelance jobs. The Upwork app worked pretty much like the Freelancer app. Upwork described its services using the word “freelancer”.

Freelancer sued Upwork for trademark infringement and brought a motion for injunction to stop Upwork from using the word “freelancer”.

Upwork defended the motion by arguing that its use of the word was trademark fair use under 15 U.S.C. §1115(b)(4). Upwork only used the word descriptively and in good faith. Upwork submitted evidence of the widespread descriptive use of the word “freelancer” to refer to “someone who is not permanently employed by a particular company, but sells their services to more than one company.”

Freelancer argued that Upwork used the term “freelancer” as a mark, rather than descriptively. To support its argument, Freelancer pointed out that Upwork used display names like “Upwork for Freelancers”. Upwork sent prompts to users like “‘Freelancer Would Like to Send You Notifications”. Upwork displays the term in bold font and capitalized (“Freelancer”) in certain instances.

The district court rejected Freelancer’s arguments and refused to enter an injunction. The court found that Upwork used “freelancer” descriptively and in good faith. The court took note of the fact that Upwork does not list the word “freelancer” among its publicly listed trademarks or use a stylized font or “TM” symbol when using the term. In addition, the district court found that Upwork’s mere use of bold font and capital lettering was insufficient to transform its use of “freelancer” from a descriptive use into trademark use.

On appeal, the Ninth Circuit affirmed the district court’s decision.

WHY YOU SHOULD KNOW THIS: This case is instructive for both a trademark owner who adopts a descriptive trademark and a competitor who uses the descriptive words. Freelancer didn’t have an easy time getting the trademark in the first place. The application was originally filed as an intent to use application. The Examining Attorney rejected the application arguing that the mark was merely descriptive. Freelancer eventually overcame the objection once it filed a statement of use. Even though Freelancer was able to register the mark, it still had to deal with the fact that the word is needed to describe the gig economy worker. On the other hand, Upwork took a certain amount of risk when using the term. But it was able to prove the two essential elements of descriptive use and good faith adoption.

* On the fifth anniversary of the registration of a trademark, the owner can file a request with the USPTO to declare the more incontestable. As long as the registration was not obtained by fraud and the mark hasn’t been abandoned or become generic, it becomes virtually impossible to challenge the mark.