No Silver Lining for the Producer 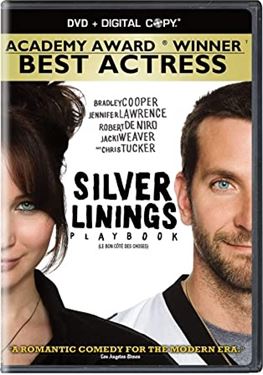 In Brief: The producer of Silver Linings Playbook won’t see all of the backend.

Bruce Cohen and his production company entered into a “work-made-for-hire” contract with the Weinstein Company (“TWC”, as in Harvey Weinstein) to make a move called, “Silver Linings Playbook”. Pursuant to the agreement, TWC would own all of the Intellectual Property connected with the film. Bruce got an initial fee and was supposed to get the “backend”; which is Hollywood speak for contingent compensation based on the success of the movie.

The movie was very successful. Jennifer Lawrence was awarded an Oscar for her performance. But the fortunes of TWC spiraled downward due to the multiple lawsuits resulting from the infamous activities of TWC’s namesake. TWC filed a Chapter 11 bankruptcy and sold all of its assets to Spyglass Media Group (whose filmography is too long to reproduce here).

As the asset purchaser, Spyglass could designate which executory contracts it wanted TWC to assume and assign to Spyglass. An executory contract is one where the outstanding obligations on both sides are material enough that breach by one party excuses performance by the other party. Intellectual Property licenses are often executory. For Spyglass, this meant that it could take on lucrative licenses and leave others behind. In order to take on lucrative licenses, Spyglass would have to cure all of TWC’s assumption and assignment defaults. Spyglass could also take over on lucrative non-executory agreements but without the baggage of having to cure any defaults.

The bankruptcy court granted Spylass’ motion for summary judgment holding that Bruce’s contract was not executory. The Third Circuit Court of Appeals affirmed. The key issue was whether Bruce had any ongoing material obligations to perform on the agreement. The Court looked to New York state law to determine the definition of materiality. Under state law, materiality is determined by whether either party had already substantially performed the agreement. In this case, TWC’s payment of the backend was clearly material. But, Cohen had fully performed the agreement. By the time TWC filed bankruptcy, the movie had already been released for six years. So Spyglass doesn’t have to pay the amounts due to Bruce the $400,000 that was due before the sale of assets.

WHY YOU SHOULD KNOW THIS: Bruce is not the first to be in this position. Others have tried to argue that ongoing obligations like a non-solicitation clause or indemnification obligations would render a contract executory. But the courts reject these assertions. Most courts consider those obligations ancillary and not the “heart” of performance. No question that this is a harsh result for the non-bankrupt party. They have fully performed and the bankruptcy has cut off their ability to be fully compensated. Unfortunately, Bankruptcy Law is designed to favor the debtor and its assignees.

One more interesting note for attorneys drafting these type of contracts. Bruce tried to argue that the parties had decided the backend payments were material and the court couldn’t ignore their determination. Bankruptcy courts will typically honor this type of agreement. But, Bruce’s agreement didn’t clearly and unambiguously state that the backend payments were material.