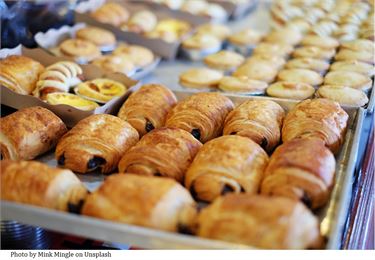 In Brief:  Identifying a trade secret with specificity is the key to protection.

Mallet & Company manufactures release agents that make sure our favorite commercially baked goodies don’t stick to the pan. Mallet has been around for 80 years and has managed to stay on top of a highly competitive market for release agents.

Russell T. Bundy d/b/a Bundy Baking Solutions made other baking supply products and opened a subsidiary devoted to release agents. Bundy hired two former employees of Mallet for the new subsidiary. These two employees brought with them a treasure trove of information about how Mallet makes its release agents.

Mallet sued Bundy and the former employees for trade secret misappropriation and unfair competition. Mallet argued that Bundy’s access to how Mallet makes its release agents allowed Bundy to skip research and development and get to market faster than it would have in the ordinary course. The lower court agreed and entered a preliminary injunction against Bundy. As part of its findings of fact, the lower court identified thirteen broad categories of Mallet’s protected information, including “formulas,” “manuals,” “ingredients,” “customer purchase orders,” and “internal discussions of customers’ preferences and complaints.” The order enjoined the defendants from “using Mallet’s confidential, proprietary and/or trade secret information in any respect” but did not explain what, exactly, constituted Mallet’s alleged trade secrets.

The Third Circuit then shared two observations. First, the confidential compilation and organization of public information can be a trade secret. Second, an employee’s general know-how should be distinguished from the particular trade secrets held by an employer.

WHY YOU SHOULD KNOW THIS:  Identifying a trade secret can be a tricky business. You have to describe it with specificity without giving it away. The courts don’t have a bright line of what’s enough and what isn’t. Certainly “a formula for release agents” isn’t enough. But something like this might be better: “A formula for release agents in commercial baking consisting of calculations and variables to determine the most effective combination of vegetable oil, mineral oil and lecithin for a particular type of baking equipment which is not generally known or readily ascertainable.” The second version specifically describes trade secret without actually giving the trade secret away.