Opposition to Trademark Split at the Seams 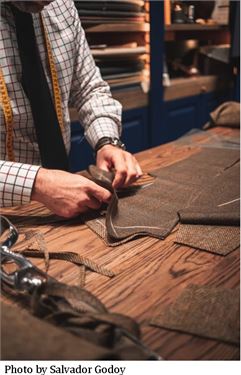 In Brief:   How to fail to prove a trademark is generic.

Here’s What Happened:  The Tailory, LLC filed an application to register the trademark “The Tailory” on the Supplemental Register.* SY Custom, Inc. filed an opposition claiming that the trademark was generic.

In ruling on the opposition, the TTAB engaged in a two-step inquiry to see if the mark was generic by determining: a) “the genus (category or class) of the services at issue”; and b) whether THE TAILORY is “understood by the relevant public primarily to refer to that genus of services.”

The first issue was easy. The genus or category of services was custom tailoring or dressmaking.

The TTAB examined each category of SY Custom’s evidence that the word “tailory” was generic.

3.         The Internet evidence. SY Custom submitted truncated results from Google searches for six terms including “tailory.” The TTAB stated such evidence “has little probative value, because it does not typically show how a term is used in connection with any particular genus.” SY Custom’s Internet evidence showed use of tailory but not how the term was used nor its context. Some of the Internet evidence even showed non-competing uses like for video games, food service, film and healthcare.

Weighing all the evidence, the TTAB found SY Custom failed to meet its burden of proof that the word “tailory” was generic when referring to tailoring or dressmaking.

WHY YOU SHOULD KNOW THIS: A word is generic when it is a common name for a product or service. Like “soap” for a brand of soap. Generic words can’t be registered as trademarks because that would foreclose the use of a common term. As SY Custom discovered, sometimes proving genericness can be very hard. Since the focus has to be on how consumers see the trademark, a carefully crafted survey might have helped. A blind survey conducted by a third party and then interpreted by an expert would have avoided the inherent dubiousness of the individual declarations. Trade journals, newspapers and other credible sources can show that everyone accepts the word is the same as the “thing”.

This post is in honor of my parents, Abe and Guta Berneman, the finest tailors I’ve ever known.

*The Supplemental Register permits the registration of descriptive trademarks that might acquire secondary meaning if they are used long enough.