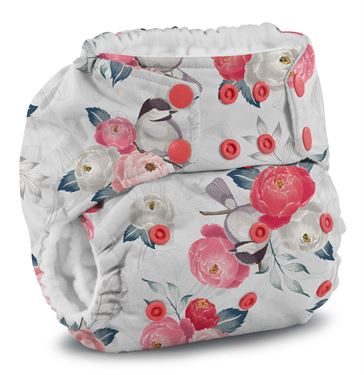 In Brief: Calculating royalty damages for patent infringement isn’t easy; even against a bratty, no-show defendant.

Kanga Care LLC manufactures and sells baby diapers and related products. One of its patented products is a “Rump-a-rooz® One Size Cloth Pocket Diaper”.

BumBum Babies’ registered agent tried to answer the complaint. But, a corporate entity has to be represented by counsel. The court gave BmBum Babies ample time to get a lawyer. But it didn’t. So the court entered an order for default against it. All that was left was to determine the damages recoverable by Kanga Care.

A successful plaintiff in a patent infringement action is entitled to damages “adequate to compensate for the infringement, but in event less than a reasonable royalty for the use made of the invention by the infringer” plus interest and costs.

Kanga Care used a hypothetical negotiation method to calculate the reasonable royalty rate for its damages. Kanga Care compared its diaper prices to the BumBum Babies’ diaper prices. Kanga Care then argued that the royalty rate should be the difference between the two prices. The court rejected this methodology because it was too speculative and didn’t take into account 15 factors that a prior court decided were important in royalty damages calculations. So the court asked Kanga Care to come back with more information.

Despite the fact that Kanga Care didn’t have an actual number for its damages, the court went on to hold that BumBum Babies acted in a willful manner that warranted enhanced damages. Therefore, once the amount of damages is determined, it will be trebled.

The court found that BumBum Babies’ willful conduct created the kind of exceptional case that warranted an award of attorneys’ fees.

Since then, Kanga Care has submitted additional information about the reasonable royalty rate and a statement of attorney’s fees.

Why You Should Know This:  Kanga Care’s struggle with determining a reasonable royalty rate happens across the patent licensing and litigation spectrum.

A note to those who receive cease and desist letters. The best defense is to actually defend the accusations on its merits rather than engaging in gamesmanship to avoid liability. And if there’s no defense, it’s time to talk settlement.