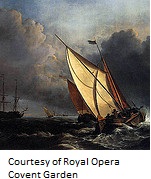 TAKE AWAY: Companies who do business with the European Union and use the personal information of employees or customers should examine their data protection procedures. Alternative sanctioned methods of data security are out there. They range from using model contractual provisions to getting the individual to opt-in consent to transfer the data. Will using sanctioned methods work the same as the Safe Harbor did? That’s an open question. The U.S. and the European Union are working on a new version of the Safe Harbor standards but there’s no timetable for when we’ll see it.