Playing at Trademark Use Gets Nowhere 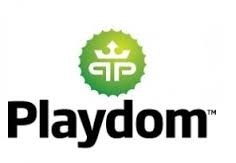 The owner of the PLAYDOM trademark learned that trademark use and “website under construction” don’t play nice together. David Couture got a registered trademark in 2008 for PLAYDOM. His specimen of use was a website page that described his company’s services. But it also said “Website under construction”. Years later, another company tried to register PLAYDOM. The applicant, Playdom Inc. (later acquired by Disney Co.) was refused registration based upon a likelihood of confusion with Couture’s trademark. Playdom Inc. brought a cancellation proceeding and won. The Federal Circuit Court affirmed the TTAB cancellation holding that the website advertised Couture’s readiness to perform services but he didn’t render any services until 2 years later. This decision has come under fire because prior case law saw “offering services” to be the same as “rendering services”. Critics also argue that the Lanham Act (15 U.S.C. §1053) establishes a different standard for use for services; a standard that Couture met. So the fact that Couture was offering his services should have been enough.

WHY YOU SHOULD KNOW THIS. Trademark rights depend on the use of the mark in connection with goods and services. For some, this case demonstrates that there can be a fine line between developing a trademark and actually using it. For others, this case demonstrates a break with established precedent to create a new standard of use for services. No matter which side you’re on, the fact is that we now have to be very careful in establishing use for a service trademark.