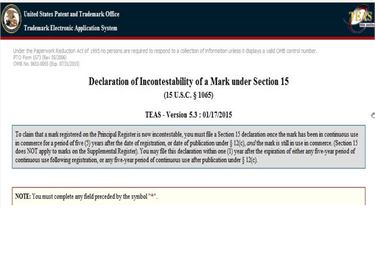 In Brief: Doing no investigation before signing a USPTO document is considered fraud and can result in cancellation of a trademark registration.

Great Concepts Group LLC obtained a trademark registration for DANTANNA’S for “steak and seafood restaurant.” Between the fifth and sixth year after registration, Great Concepts filed a §15 Declaration of Incontestability. Incontestability gives the registrant the right to have its registration deemed conclusive evidence of the exclusive right to use the trademark, rather than just prima facie proof. When a trademark owner files a §15 Declaration, the owner states under oath that they know of no pending proceeding involving their trademark rights in the U.S. Patent and Trademark Office or in the courts. When Great Concepts’ declaration was signed, it was in the midst of a heavily contested opposition proceeding filed by Chutter, Inc.

Chutter brought a petition to cancel the DANTANNA’S registered mark based on fraud. Great Concepts’ counsel admitted that he wasn’t aware of the legal requirements of the §15 Declaration, didn’t do an investigation and let a paralegal sign his name.

The TTAB held that ‘reckless disregard’ is a sufficient standard of intent. Great Concepts’ counsel acted with “reckless disregard” as to the truth of the statements in the §15 Declaration because he: (1) didn’t familiarize himself with the contents of the declaration; and (2) failed to make any inquiry as to the accuracy of what was being signed. The TTAB also found that Great Concepts’ counsel took no “action to remedy the error once it was brought to his attention” and “was especially reckless because he admittedly was unfamiliar with the requirements for filing a Section 15 Declaration.”

WHY YOU SHOULD KNOW THIS: Sometimes unfortunate facts can result in a precedent that others are going to have to live with from now on. The USPTO and the TTAB used to tolerate mistakes when documents are filed. Now, mistakes that reach the level of turning a blind eye are considered fraud. In filing any trademark documents, the signer must: (1) know the facts or investigate them; and (2) understand what the legal requirements and consequences of the document being signed.