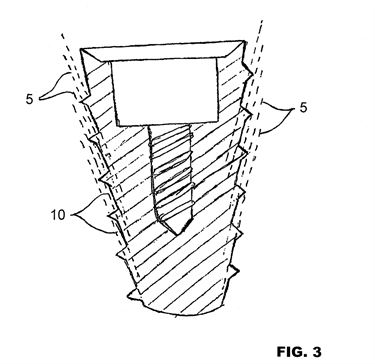 Trade show materials may be a patent buster. Trade shows are a way to showcase products and innovations in an industry. Materials distributed at a trade show are usually promotional and are designed to get more sales and establish a beacon in the marketplace. But, trade materials that identify inventions could bust a patent. The US Patent Trial and Appeal Board (the “Board”), in an inter parties review (“IPR”) between Nobel Biocare Services AG v. Instradent USA, Inc., held that certain claims in Nobel’s patent for a dental implant screw were not patentable because they were anticipated. “Anticipated” is similar to “prior art” which means that the claimed invention isn’t new. Instradent, the IPR petitioner, argued that Nobel’s invention for a dental implant screw had already been disclosed in a product catalogue from Alpha-Bio Tech Ltd. (“ABT”). Instradent proved that ABT disclosed the product in a catalogue it distributed at a 2003 dental trade show in Cologne, Germany. ABT had a rather small booth at the show and not much of a presence. But people at the trade show had seen the catalogue. So it was considered publication of the prior art. On appeal, the Federal Circuit affirmed the Board’s determination that the ABT catalogue was prior art and so some of Nobel’s claims in the patent were not patentable.

WHY YOU SHOULD KNOW THIS. Patent protection is limited to inventions that are new, useful and non-obvious. Patents give the patent owner a monopoly on practicing the invention for 20 years. So, the U.S. Patent Office has to determine if claims are really new in order to issue a patent. The Instradent case shows that an invention is not new if there’s publication of prior art; even small publications with a limited distribution at a trade show outside the U.S. are published prior art so inventors should always conduct a prior art search before going through the time and expense of filing a patent application. And, for that matter, inventors should always be careful about disclosing their inventions at a trade show before they file the application.