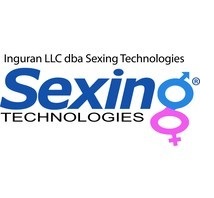 Sex predicting technology for bovines is an extremely lucrative business. The revenues are $200 million industry worldwide with about $50 million of that in the USA.

Inguran, Inc. d/b/a Sexing Technologies owns patents that sort bovine semen as it is prepared for artificial insemination. This helps breeders control how many bulls and how many cows will be born. Obviously, the technology is very valuable in the dairy industry and in the cattle breeding business.

The matter went to trial in 2016. The jury returned a mixed verdict finding that Sexing Technologies did improperly corner the market but that ABS was not entitled to damages because it didn’t prove anti-competitive harm. The jury found in Sexing Technologies’ favor on the counterclaim and awarded it $2 million.

At the conclusion of the new trial, the jury found in Sexing Technologies’ favor again and also found that two other patents were infringed. The jury added another $8.5 million to the original judgment raising the total award to Sexing Technologies to almost $11 million.

WHY YOU SHOULD KNOW THIS.  Patent infringement litigation can be long, arduous and expensive. Sometimes, there are rewards at the end. Sometimes there aren’t. The outcome of patent litigation is not as easy to predict as breeding livestock with sexed bovine semen. ABS took a huge risk when it pursued antitrust litigation. Patents, by their nature, are anti-competitive. A patent gives the owner a monopoly on the use of the invention for 20 years. The owner can use the invention pretty much any way they want during the life of a patent. That doesn’t mean that a patent forecloses antitrust litigation. It just means that the anti-completive activity has to be more than practicing the patent.