Sometimes, It’s What You Don’t Say 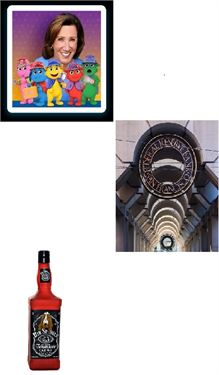 In Brief:  The US Supreme Court has declined to hear some important IP cases.

Here’s What Happened.  The US Supreme Court won’t be weighing in on some interesting cases in the world of IP. Here are just a few of them by topic:

Copyrights in Fictional Characters: Denise Daniels, a child development specialist, sued Disney and Pixar over the characters in the animated film “Inside Out”. Denise claimed that the movie stole central characters from her "Moodsters," a series of anthropomorphized emotions. Disney/Pixar argued that character copyright would upend the law. Denise argued that other characters like James Bond and Godzilla had protection and so should her Moodsters. The Ninth Circuit disagreed with Denise and ruled in favor of Disney/Pixar. In her petition for writ of certiorari, Denise argued that the law of copyright protection for characters is in chaos and needs review. By rejecting Denise’s petition, copyright character chaos stands.

Right to Challenge Patents: Twelve Federal Reserve Banks brought an action for declaratory judgment to determine that they weren’t infringing on Bozeman Finance LLC’s business method patent. Bozeman argued that the banks were an arm of government and couldn’t challenge the patents.  The trial court held that the banks weren’t arms of government and could challenge the patents. Bozeman appealed to the Federal Circuit Court of Appeals. The Federal Circuit affirmed. The US Supreme Court refused to hear Bozeman’s appeal. So the ruling stands.

Trademarks: In the IP News for Business Post on 6/30/2020, we discussed the ruling that dog toys that humorously mimicked beverage containers like the Jack Daniel’s whiskey bottle were protected by the First Amendment as expressive works. Jack Daniels Properties, Inc. was not happy with the ruling, so it filed a petition for writ of certiorari to the US Supreme Court. The Supreme Court refused to hear the case. So commercial articles that parody other commercial articles will continue to receive heighted First Amendment protection.

Why You Should Know This.

Patents: Since the government is the sole authority for granting a patent, public policy reasons exist for not letting an arm of the government challenge a patent. The problem with the Bozeman case is that banks aren’t an arm of government, even if they’re Federal Reserve banks.

Trademarks: While Jack Daniels may believe that dog chew toys tarnish its brand, others may find the toys funny and still drink Jack Daniel’s without thinking less of it.