Sorry C3PO and R2D2, You Can’t Be Inventors 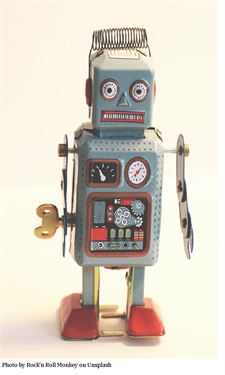 In Brief:    Artificial intelligence (AI) cannot be deemed an “inventor” under the US Patent Act.

Stephen Thaler, Ph.D., is the owner of a Device for the Autonomous Bootstrapping of Unified Sentience (DABUS). Stephen claims that DABUS is an artificial intelligence machine. Stephen listed DABUS as the inventor on two patent applications, one for a light beacon and one for a beverage container. The applications included a document through which DABUS had allegedly assigned all intellectual property rights in the claimed inventions to Stephen.

The USPTO issued a “Notice to File Missing Parts”. The “Missing Parts” were the proper identification of inventorship. Stephen filed a petition seeing to vacate the notice. The USPTO dismissed the petition explaining that only a natural person can be an inventor. Stephen’s request for reconsideration was denied. So Stephen brought suit against the USTPO in federal district court.

In ruling on cross-motions for summary judgment, the district court judge focused on the statutory definitions of “inventor” and “joint inventor” in the Patent Act. The Patent Act defines them as “individuals”. So the question was whether AI is an individual.

Looking to the Supreme Court’s interpretation of “individual” in another statute, as well as various dictionary definitions, the court found that “inventor” must mean “natural person.” This was reinforced by the Patent Act’s use of personal pronouns such as ‘himself or herself’ in connection with the word “individual”. The court also looked at two Federal Circuit decisions that discussed who could be an inventor. In Univ. of Utah v. Max-Planck-Gesellschaft, the court held that a state could not be an inventor, In Beech Aircraft Corp. v. EDO Corp., the court held that a corporation could not be an inventor.

Stephen also made some policy arguments about why AI should be considered an inventor. The court rejected those arguments. The court held that there may come a time when AI can be an inventor but it’s up to Congress to make the change.

WHY YOU SHOULD KNOW THIS:  Intellectual Property Law has always had a hard time navigating through advancements in technology. On the copyright side of things, in the late 1880s, the issue was whether photography was an art form that could by copyrighted. One hundred years later, in the 1980s, the issue was whether the time shifting quality of video recordings was copyright infringement. But when patents are involved, the new and innovative is the point. Unfortunately, the legislative and judicial wheels turn slowly and can’t seem to keep up.