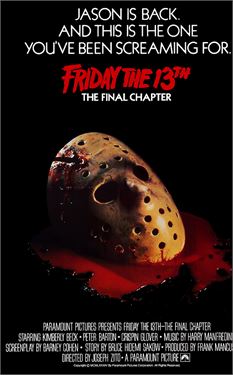 In Brief:  An author has a right to terminate a copyright transfer after a certain number of years.

Victor Miller and Sean Cunningham, one of the principals of Manny Company, were longtime friends and had collaborated on 5 movies. When the massively successful “Halloween” movie came out, they decided to work on their own horror movie. Thus, the first Friday the 13th movie was born. Victor and Manny entered into a two-page employment agreement that mostly covered what Victor would be paid and acknowledged that Victor was a member of the union, the Writer’s Guild of America (WGA), which would dictate other terms of the agreement. Victor was paid $9,282.00 for his work. Victor bounced ideas off of Sean. But Victor wrote by himself, on his own typewriter (remember those) and at times of the day Victor chose. Victor got sole credit as the screenwriter when the movie came out.

In the late, 1980s, Victor sought residuals he was entitled to under the WGA union contract, so the WGA pursued the matter on his behalf and he and Manny settled.

Horror filed a declaratory judgment action asking the court to determine that Victor had been an employee of Manny and so Victor can’t terminate the 1980 agreement’s grant of copyright. The district court granted Victor’s motion for summary judgment.

Horror appealed to the Second Circuit Court of Appeals. In affirming the district court judgment, the Second Circuit looked at the conditions of Victor’s employment in 1980 to determine if he was an independent contractor or an employee of Manny. The Second Circuit rejected Horror’s argument that the incorporation of the terms of the WGA made Victor an employee of Manny. Rather, Copyright Law, not labor law, determines employment status. The Second Circuit agreed with the district court that the following factors weighed in favor of Victor’s independent contractor status: (1) Victor used his expertise and creativity to write the screenplay; (2) Manny never provided Victor with employee benefits; (3) Manny didn’t withhold any employment taxes from Victor’s pay; (4) The agreement didn’t give Manny the right to assign other projects to Victor; (5) Victor worked for a short period of time (2 months) on the project; (6) Victor was paid in lump sum payments at certain milestones; and (7) Victor set his own hours.

The only relevant factor that weighed in favor of Horror was that it had the right to control Victor’s work because of his collaboration with Sean. But that wasn’t enough.

Why You Should Know This:  Had the original agreement made it clear that Victor was hired either as an employee or on a work for hire basis, he wouldn’t have had the right to terminate the 1980 agreement.

The termination right is designed to protect authors and their heirs from onerous transfers of copyrights. The availability of the right and the timing of the termination notice is not for the faint of heart. It’s best to get professional help.