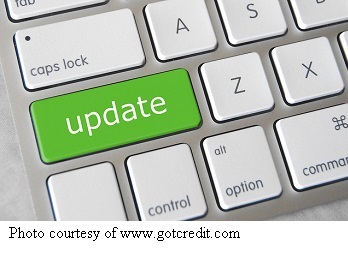 The last word sometimes isn’t really the last word. Here’s what happened after some previous posts:

3/21/17 – The Intrepid Heroes of Copyright, Photographers. VHT, Inc.’s obtained an $8.3 million judgment against Zillow Group, Inc. for using photos without a license. On appeal the judgment was cut almost in half. The court determined that there was insufficient evidence that anyone actually saw the vast majority of the photos. Still, $4.3 million is a lot of money.

6/27/17 – Horton Hears a Vulcan. The lower court’s decision that fair use permitted a comic mash up between Dr. Seuss like drawings and Star Trek in “Oh the Places You’ll Boldly Go” was reversed on appeal. The appellate court determined that at least three of the four factors of fair use weighed in favor of the Dr. Seuss estate and against the creators of the parody comic book. In other words, parody is not a golden ticket for fair use.

10/31/17 – Spooky Banana Halloween. After settling with Kmart for allegedly infringing on its banana costume, Rasta Imposta sued Kangaroo Mfg. Inc. for copyright infringement involving the same banana costume. The court granted a preliminary injunction holding that although the costume is a useful article, it does have some elements that give rise to minimal copyright protection. It appears that Rasta Imposta has peeled off another competitor.