States’ Rights: A Loss and a Win 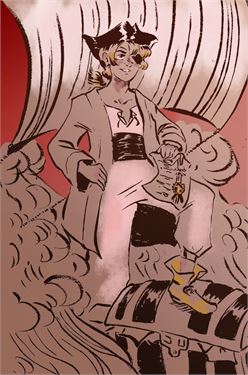 The State of Georgia makes the simple text of its state statutes available to anyone who wants to look at them. Georgia hired a company to annotate the statutes featuring citations, an analysis of the statutes and opinions from the state’s attorney general. A company named Public.Resource.Org. Inc. copied and distributed the annotated version of Georgia’s statutes without paying for it. Georgia sued Public.Resource.Org for copyright infringement. The Supreme Court ruled that Georgia cannot sue for the copying and distribution of the annotated version of the state’s statutes. Chief Justice John Roberts wrote the opinion for the Court. Justice Roberts invoked the doctrine of “government edict” which means that public officials who create a governmental work cannot copyright their works. Justice Roberts pointed out that allowing a governmental unit to withhold access to government information would create a “first class” and an “economy class” of access to public information.

In 1996, a marine salvage company found the sunken slave ship, the Revenge. North Carolina commissioned a marine salvage company to resurrect the ship. The Revenge had been captured by the famous pirate Edward Teach (Blackbeard) and he had used the ship to conduct his piratical activities for about a year. The ship ran aground off the coast of North Carolina in 1718. The salvage company hired Frederick Allen to record videos and take pictures of the operation. Frederick registered the copyright in the works. North Carolina published some of the videos and photos. Frederick sued North Carolina for copyright infringement. The US Supreme Court affirmed the dismissal of Frederick’s lawsuit on appeal. Justice Elaina Kagan, writing for the Court, explained that under the doctrine of sovereign immunity, a state cannot be sued without its permission. Frederick tried to rely on the Copyright Remedy Clarification Act of 1990 (CRCA) which was supposed to remove a state’s sovereign immunity from copyright infringement cases. But a prior case decision had held that Congress didn’t have the constitutional authority to abrogate sovereign immunity. It’s interesting to note that Justice Kagan believed that an abrogation statute, if properly drafted, could have created a right of action against a state for copyright infringement.

WHY YOU SHOULD KNOW THIS. These two cases show parameters of copyright protection when dealing with a governmental unit. In the Georgia case, if a private company had owned the annotated statutes, it would have had the right to enforce the copyright. But Georgia owned the annotated statutes so it had to make them available to the public. In the North Carolina case, the problem was a poorly worded statute. Nonetheless, the holding stands. States don’t have to pay to use copyrighted works.