Surprise Yosemite! Someone Else Owns Your Trademarks 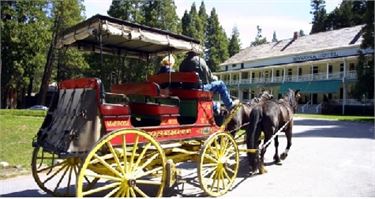 WHY YOU SHOULD KNOW THIS: This situation gives rise to a bunch of issues. First, and probably foremost, foundations, not-for-profit organizations, museums and parks can register trademarks just like everyone else. The National Park Service is probably kicking itself. Yosemite’s hotels and tourist destinations have been around for over 80 years. Why didn’t someone think to register the trademarks? Second, Delaware North may not have had a right to register those marks in the first place. Delaware North’s rights were specifically related to its concession agreement with no independent rights. The examining attorney in at least one trademark application questioned this. According to the National Park Service, Delaware North submitted redacted copies of the concession agreement to give the impression that Delaware North had a right to register the marks. Third, what good are those marks going to be to Delaware North now that it lost the concessions contract? How valuable can those trademarks be outside of Yosemite? One last thing, look carefully at the picture. The Wawona name is still on the hotel. This picture appeared on Yosemite’s website this weekend.